Tottenham take on Crystal Palace at Selhurst Park on Saturday afternoon. Here’s a preview with team news, likely line-ups and predicted score for the game

Tottenham will look to cement their place in the top four when they take on Crystal Palace at Selhurst Park on Saturday afternoon.

Spurs booked their place in the fourth round of the FA Cup with a 2-0 victory over Leicester City in midweek but they will now turn their attention back to league matters and trying to qualify for the Champions League this weekend.

Mauricio Pochettino’s men head into the game sitting in fourth spot in the table following last weeks 4-1 win over Sunderland but with Manchester United just two points adrift in fifth, the North Londoners will be keen to strengthen their position with another win tomorrow.

It’s not going to be an easy task as Alan Pardew has built a very useful side at Selhurst Park and Palace sit eighth in the division after an impressive first half to the season.

However, the Eagles will be desperate to get back on track on home soil this weekend after slumping to consecutive defeats at Aston Villa and Manchester City in recent weeks.

Tottenham are set to make several changes to the side that beat Leicester in midweek with the likes of Hugo Lloris, Jan Vertonghen, Toby Alderweireld, Dele Alli and Harry Kane all set for recalls to the starting eleven.

Mousa Dembele made a successful return to the side last weekend and the Belgian international should be back in contention after being rested in midweek.

However, Spurs will continue to be without midfielder Ryan Mason as he misses out once again with a niggling ankle injury.

Palace will stick by No.1 Wayne Hennessey despite his error last weekend but Dwight Gayle has been ruled out with a hamstring injury and will therefore join Yannick Bolasie (thigh), Damien Delaney (knock) and Kwesi Appiah (knee) on the sidelines. 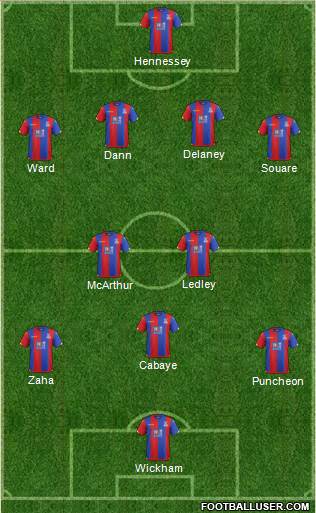 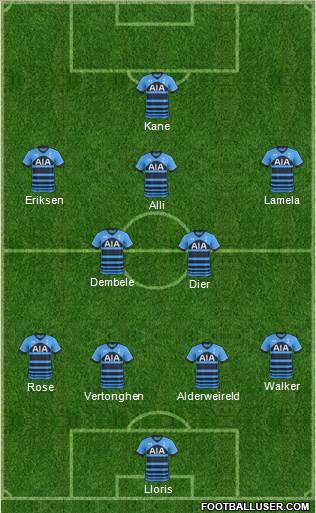 Crystal Palace 1-2 Tottenham: Spurs have been back to their best over the past two games and should come in to this match high on confidence. Palace on the other hand have hit a sticky patch and haven’t scored a home goal since the 12th of December, so I can see the visitors edging this one.