Liverpool take on Stoke City at Anfield tonight in the Capital One Cup. Here’s a preview with team news, likely line-ups, betting tips and predicted score

Liverpool will look book their place at Wembley when they take on Stoke City in the second leg of their Capital One Cup semi-final at Anfield tonight.

The Reds head in to the game as strong favourites to progress after Jordon Ibe’s strike just before half time ensured Liverpool left the Britannia Stadium with a crucial 1-0 lead following the first leg three weeks ago.

Stoke have therefore left themselves with a lot to do to turn the tie around but they’ll be encouraged by some of Liverpool’s defending recently, with the Merseysiders conceding eleven goals in their five games since the first leg.

Four of those goals came in Saturday’s thrilling 5-4 victory over Norwich City at Carrow Road and Jurgen Klopp has called on his players to tighten up at the back if they want to reach next months League Cup final at Wembley where they’ll play either Everton or Man City.

Liverpool could be without Nathaniel Clyne as the full-back is a doubt after suffering a knee injury during the win over Norwich at the weekend. The 23-year-old didn’t train on Monday and will be assessed at Melwood today.

If Clyne fails to make it, Klopp has admitted he may have to reluctantly hand Jon Flanagan his first start in over 18 months as the defender only recently returned to full fitness.

Dejan Lovren could be back in contention after recovering from a hamstring injury that’s kept him out for three weeks – although Klopp suggests he may not be ready to start just yet.

Daniel Sturridge is still working his way back to full fitness so remains on the sidelines along with Martin Skrtel, Philippe Coutinho, Danny Ings and Joe Gomez.

Stoke have been handed a blow with Ryan Shawcross ruled out for a month with a back injury but Marko Arnautovic is set for a recall after missing Saturday’s 3-0 defeat to Leicester with a hamstring problem. 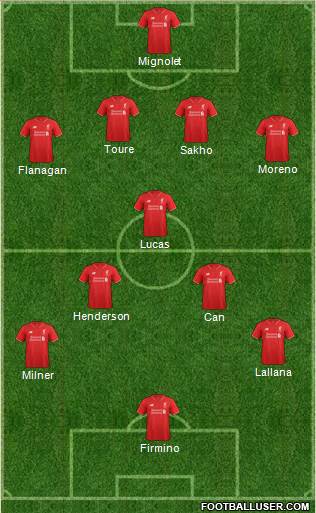 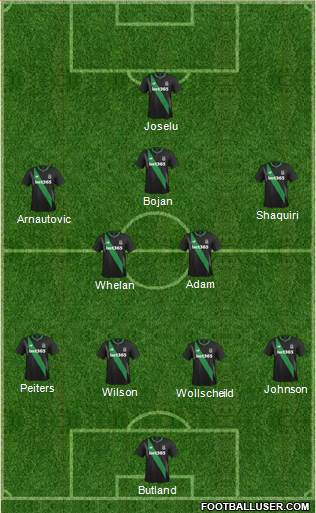 Liverpool 2-1 Stoke: Liverpool were a shambles at the back on Saturday so Stoke will be confident of causing them some problems tonight. However, I still fancy the hosts to have too much for the Potters and can see Liverpool securing their place in the final with a 2-1 win.

Liverpool are the 7/10 favourites with the bookmakers but Football-Talk can get you enhanced odds of 5/1 on a Reds win – just click here to take advantage of this limited time offer . My prediction of 2-1 is available at odds of 15/2 while I also like the look of Firmino to open the scoring at 4/1. If you combined those two bets in a score-cast then we get very tempting odds of 20/1.