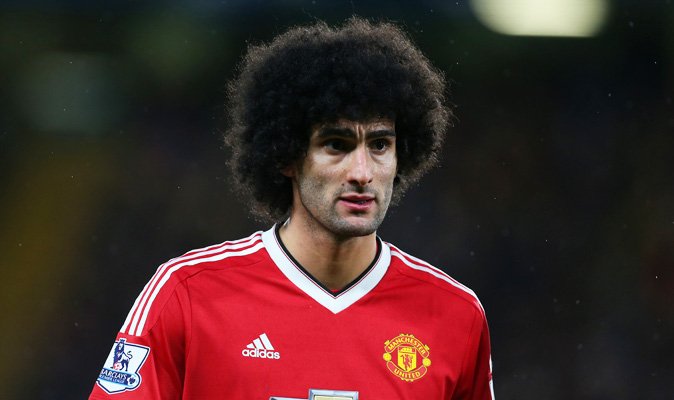 Manchester United look to have been handed yet another injury blow with Marouane Fellaini facing several weeks on the sidelines with a niggling hamstring problem, according to the Guardian.

Fellaini missed Saturday’s 2-1 defeat to Sunderland at the Stadium of Light after picking up a hamstring injury and was subsequently left out of the 18-man squad that landed in Denmark on Wednesday ahead of tonight’s Europa League last-32 last with FC Midjytlland.

Instead, the Guardian claim that the 28-year-old flew back to Belgian to see renowned specialist Lieven Maeschalck to assess a suspected hamstring tear and discover the full extent of the problem.

Fellaini is now thought to be back in Manchester awaiting the results but if the tear is confirmed, the newspaper suggests the midfielder is facing several weeks on the sidelines.

That would be yet another huge blow to United as yesterday Wayne Rooney became the 10th senior squad player to be ruled out after suffering a knee injury that’s likely to keep him out for at least a month.

Louis van Gaal gave little away when asked for an update on Fellaini’s fitness at his pre-match press conference on Wednesday but it now looks like he’s set for an extended spell on the treatment table.

Fellaini may not be the most popular player in the stands, but the Belgian international has played a key role in recent weeks with the midfielder starting 12 of United’s last 14 games before his injury.

If he is ruled out, then Fellaini will join the likes of Bastian Schweinsteiger, Phil Jones, Ashley Young, Marcos Rojo, Antonio Valencia, Luke Shaw and Adnan Januzaj on the sidelines.