Liverpool will be looking to turn things around when they entertain Southampton in the second leg of their EFL Cup semi final tie this evening.

The Saints were worthy winners in the first leg and boss Claude Puel was actually extremely disappointed to only take away a 1-0 lead from the game at St Mary’s two weeks ago with Nathan Redmond’s goal the difference between the two sides.

Liverpool were poor on the night and are fortunate to still be in the tie so Jurgen Klopp will be looking for a much improved display at Anfield this evening where they’ll be confident of getting the result they need to book a place in the final at Wembley.

However, the Reds have seen a promising season stutter of late with Saturday’s 3-2 defeat to Swansea making it just one win from their last six matches in all competitions so Klopp will be desperate to get things back on track tonight.

Liverpool welcome Joel Matip back in to the squad and the defender is expected to start his first game since December 11th after finally being given clearance by FIFA to play for his club following a dispute with the Cameroon FA.

Ragnar Klavan is the man most likely to make way as Dejan Lovren should keep his place at the back but Loris Karius is set to replace Simon Mignolet between the sticks.

Jordan Henderson is expected to play despite still feeling discomfort from a heel injury while Nathaniel Clyne is a slight doubt after missing training earlier this week. Trent Alexander-Arnold is on stand-by to fill in if he misses out.

Southampton will be without Virgil van Dijk after the defender picked up an ankle injury during the win over Leicester at the weekend so England Under-21 international Jack Stephens should start at the back.

Steven Davis is also back in contention after recovering from a knock that’s kept him out of recent games. 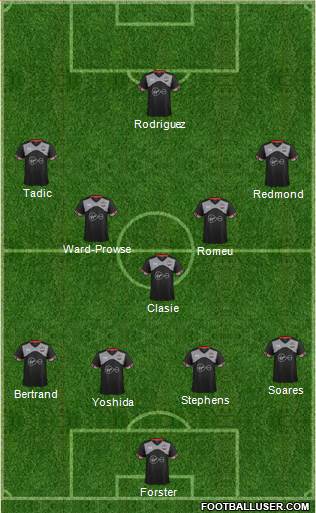 Liverpool 2-0 Southampton: The Reds know they need to score at least once tonight to progress so Klopp will have to go for it but the German coach will also know they need to keep things tight at the back as an away goal would be a disaster for the hosts. Liverpool’s defence was all over the place on Saturday so Klopp will be demanding a big improvement tonight and I think he’ll get one. Southampton will miss Van Dijk big time and his absence could be the difference. I’m going for a 2-0 win that will see Liverpool book their place at Wembley.

Liverpool are the 1/2 favourites to win the game tonight but we can get you enhanced odds of 7/1 on a Reds win – just click here to take advantage of these incredible odds [winnings paid as free bet, T&C’s apply]. Here are some other bets I like the look of: