Tottenham will be looking to book their place in the fourth round of the Carabao Cup when they take on Barnsley at Wembley on Tuesday night.

The Spurs boss confirmed that the north Londoners will continue to be without three first team regulars with Danny Rose, Erik Lamela and Victor Wanyama still sidelined through injury.

Rose is still some weeks away from returning to action following a knee injury that’s kept him out since January while Wanyama has missed out in recent weeks due to his own knee problem.

Lamela on the other hand hasn’t played in almost 11 months as the Argentinean international winger is still working his way back to full fitness following a serious hip injury.

Pochettino is expected to freshen things up and make plenty of changes from the side that drew 0-0 with Swansea City in the Premier League on Saturday evening. 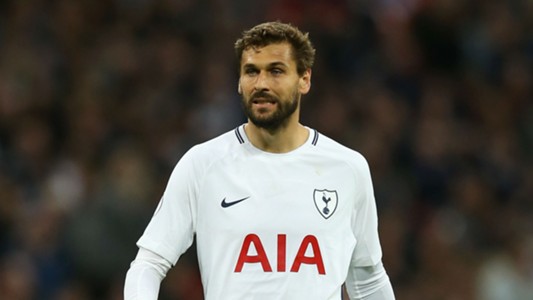 The Tottenham manager has suggested that Fernando Llorente will come in to make his full debut following his deadline day move from Swansea while midfielder Harry Winks is also set to start.

Pochettino also told reporters that youngsters Tashan Oakley-Boothe and George-Kevin N’Koudou will also be involved in the squad but Marcus Edwards will play for the U23s.

#thfc Pochettino suggests Llorente is likely to start and that Tashan Oakley-Boothe will be involved, but says Marcus Edwards won't be.

#thfc Pochettino says Nkoudou & Oakley-Boothe will be in the squad and that Harry Winks "maybe has the facility to play in the starting XI”.