Manchester United will look to book their place in the fourth round of the League Cup when they take on Burton at Old Trafford this evening.

United continued their impressive start to the new Premier League season after a flurry of late goals secured a 4-0 victory over Everton on Sunday afternoon.

That win saw United move joint top of the table on 13 points from their opening five games with alphabetical order the only thing separating them from rivals Manchester City.

However, focus will turn to League Cup matters tonight as Jose Mourinho looks to retain the trophy having won the competition with a 3-2 victory over Southampton back in February.

United should be confident of progressing from the third round as they entertain a Burton side that sit 19th in the Championship table and boss Nigel Clough knows they face a tough task at Old Trafford.

Mourinho is expected to make plenty of changes to his team as he looks to protect his key players ahead of their league trip to Southampton this weekend.

Luke Shaw is also tipped to make his first appearance in the first team since recovering from a serious foot injury while youngster Tommy McTominay could be involved.

Paul Pogba has been ruled out with a hamstring injury while the likes of David De Gea, Eric Bailly, Antonio Valencia, Nemanja Matic and Henrikh Mkhitaryan are expected to be rested. 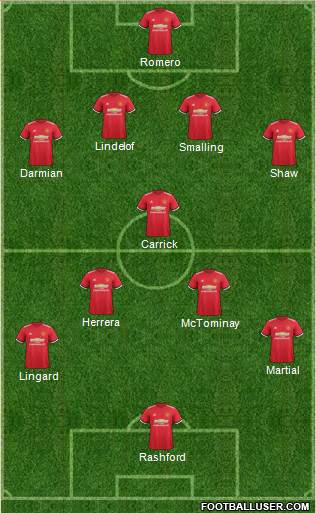 Man Utd 3-0 Burton: United are in formidable form right now as they seem to be finishing teams off in devastating fashion. Despite making wholesale changes to their team, United are still able to field a strong side packed with quality players so I don’t see them having any trouble tonight.

United are best priced at 1/12 to win this game with the bookmakers but we can get new customers enhanced odds of 16/1 on the Reds – just click here or below to take advantage of these crazy odds.