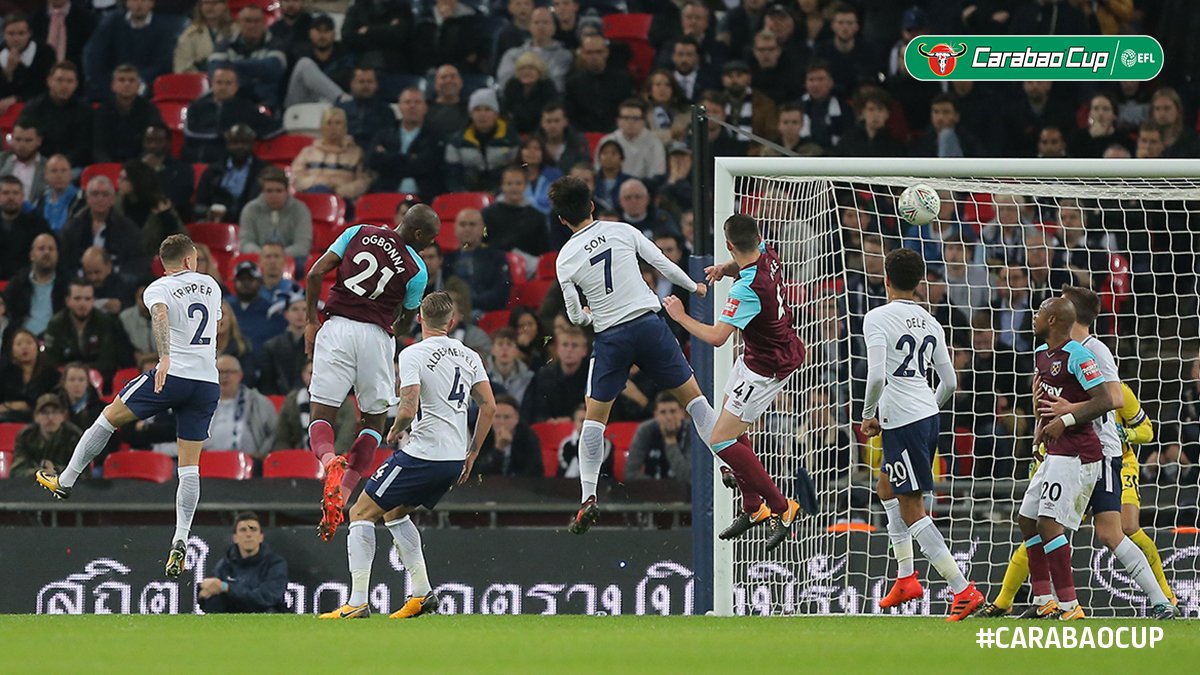 Tottenham blew a two-goal lead as West Ham came from behind to book their place in the quarter finals of the Carabao Cup with a 3-2 win at Wembley this evening.

Spurs started brightly and opened the scoring when French midfielder Moussa Sissoko was put clear by Hueng-min Son to slot home past Adrian for 1-0 in the 6th minute.

The hosts looked in total control as Dele Alli’s deflected shot curled in to the far corner of the net to make it 2-0 to Tottenham in the 37th minute.

However, West Ham pulled one back shortly after the break as Andre Ayew was on hand to tap home from close range after Michel Vorm could only parry a long-range effort.

Ayew then made it 2-2 in the 60th minute as he poked home from a Manuel Lanzini cross before Angelo Ogbonna headed in to the net from a corner to stun Spurs and make it 3-2 to the Hammers in the 70th minute.

Tottenham pushed for an equaliser that would send the game in to extra-time but West Ham held on to book their place in the last eight of the League Cup.