Manchester City take on Tottenham at the Etihad on Saturday evening. Here is a preview with the latest team news, line-ups and prediction

Manchester City will look to tighten their grip at the top of the table when they take on Tottenham at the Etihad Stadium on Saturday evening.

City head in to the weekend action sitting 11 points clear of Manchester United at the submit so they will hope to at least maintain that advantage with a win over Spurs.

Pep Guardiola’s side registered their 15th consecutive league victory with a resounding 4-0 win at Swansea in midweek, setting a new Premier League record in the process.

Tottenham arrive in Manchester sitting fourth in the table after easing to a 2-0 victory over Brighton on Wednesday night but with seventh-placed Arsenal just one point behind, the race for Champions League qualification couldn’t be tighter.

Mauricio Pochettino knows how tough a task his side face tomorrow after claiming City are the best team in Europe right now but the Spurs boss will be desperate to end the Citizens winning streak with a positive result.

City look set to be without skipper Vincent Kompany as the defender is a major doubt with a muscle problem that he picked up against Manchester United last weekend.

John Stones is still nursing a hamstring injury so he remains on the sidelines along with Benjamin Mendy but Kyle Walker and Leroy Sane are set for recalls.

Tottenham will continue to be without Toby Alderweirled as he’s out until February with a hamstring injury while Davinson Sanchez will serve the final game of his suspension.

Victor Wanyama is back in light training after recovering from a knee injury but this game will come too soon while Dele Alli, Ben Davies, Mousa Dembele and Kieran Tripper are pushing for recalls. 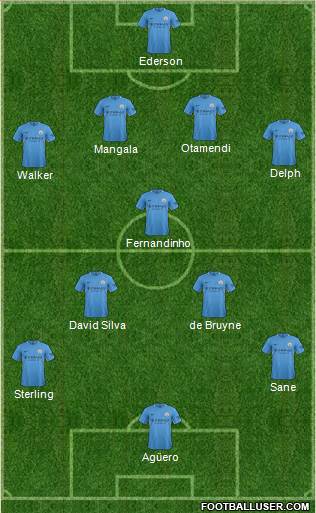 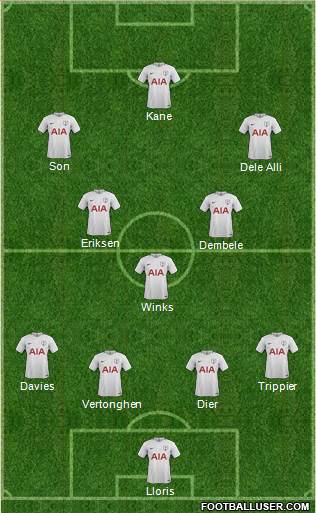 Man City 2-1 Tottenham: Spurs have an excellent recent record against City as they’ve won 3 and drawn the other of their last four league meetings and have won 10 times away to the Citizens – more than any other club. However, this is a special City side that are full of confidence and I can see Guardiola’s men edging this.

City are the 8/15 favourites to win this game with the bookmakers but we can get new customers enhanced odds of 25/1 on City or 60/1 on Spurs – just click here to take advantage of these incredible odds [winning paid in free bets, max stake £1, T&C’s apply].