Manchester United take on Bristol City in the League Cup tonight. Here is a preview with the latest team news, line-ups and prediction

Manchester United will be looking to book their place in the semi-finals of the Carabao Cup when they take on Bristol City at Ashton Gate this evening.

United are the current holders having beaten Southampton in the final last season and they’re on course to retaining the League Cup having already beaten Burton and Swansea City en route to the quarter finals.

Jose Mourinho insists he’ll continue to take the competition seriously as he feels they will face a tough test this evening with Bristol flying high in the Championship table.

Lee Johnson’s side sit third in the second tier and have already knocked out Premier League opposition in this years competition so they’ll be looking to pull off another shock on home soil this evening.

Mourinho is expected to rotate his side with David De Gea, Phil Jones, Nemanja Matic and Ashley Young all left back in Manchester to rest ahead of this weekend’s league clash with Leicester.

Antonio Valencia is also missing as he’s nursing a hamstring injury that he picked up against West Brom at the weekend while Eric Bailly and Marouane Fellaini are still on the sidelines.

Paul Pogba is back in contention after serving his three-match suspension while the likes of Sergio Romero, Victor Lindelof, Luke Shaw, Matteo Darmian and Zlatan Ibrahimovic are pushing for recalls.

Mourinho has confirmed Henrikh Mkhitaryan will feature after being frozen out of the United squad in recent weeks.

Bristol will be without a number of first team players with Famara Diedhiou, Gary O’Neil, Jens Hegeler, Ivan Lucic, Callum O’Dowda and Eros Pisano all absent. 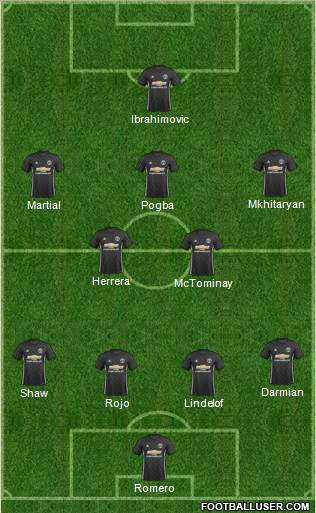 Bristol City 0-2 Man Utd: The Reds face a tricky test tonight as Bristol are flying right now and are strong at home. However, despite making a number of changes, I still think United will have too much for the Championship side and am backing Mourinho’s men to book their place in the last four.

United are the 4/11 favourites to win this game with the bookmakers but we can get new customers enhanced odds of 25/1 on United – just click here to take advantage of these incredible odds [winning paid in free bets, max stake £1, T&C’s apply].