Man City take on Man Utd at the Etihad Stadium on Saturday evening. Here is a preview with the latest team news, line-ups and prediction

Manchester City will be looking to put their Champions League woes behind them and wrap-up the Premier League title when they take on Manchester United at the Etihad tomorrow evening.

City have a lot of work to do if they want to keep their European dreams alive after losing 3-0 to Liverpool at Anfield in the first leg of their quarter-final on Wednesday night.

However, their focus will be on league matters tomorrow with Pep Guardiola’s side needing just one more win to seal the title and no doubt they’d love to do it against their bitter rivals.

If City can claim victory this weekend they will become the earliest title winners in Premier League history – breaking the record set by United back in 2000/2001.

However, Jose Mourinho’s side will be desperate to prevent City from winning the league tomorrow and United need a positive result to boost their chances of finishing second with Liverpool just two points behind in third.

Sergio Aguero remains a doubt for the game after missing the last four matches with a knee injury so Gabriel Jesus may once again lead the line up front.

Otherwise, Guardiola has a strong squad available to him with Benjamin Mendy the only other injury absentee but the City boss may choose to rest some of his key men ahead of the Liverpool game.

United also have virtually a fully-fit squad to choose from as Phil Jones, Marcos Rojo and Ander Herrera all returned to full fitness this week while Daley Blind is also back in full training.

Sergio Romero is the only player on the treatment table with the goalkeeper nursing a knee injury that he picked up while on international duty. 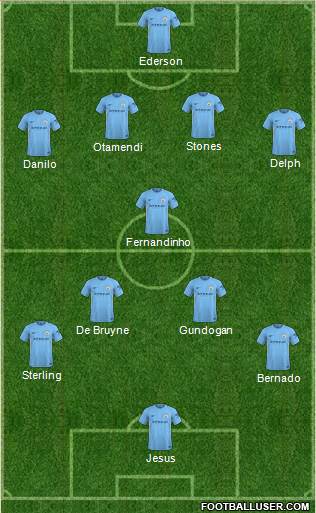 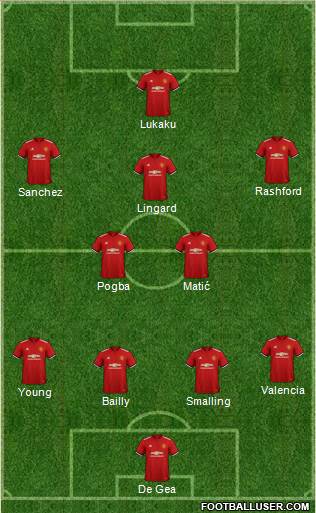 Man City 1-0 Man Utd: City have won eight of their last 13 league games against United and come in to the game unbeaten in their last 27 matches at the Etihad. Obviously Guardiola will have won eye on Tuesday’s huge Champions League game but I expect United to play for a draw and not be too adventurous. City were shutout against Liverpool but I can’t see them not scoring for two games in a row so I think the hosts will edge it 1-0.

The bookmakers make City the 20/23 favourites to win the game but we can get new customers enhanced odds of 25/1 on the hosts or 50/1 on United – just click here to take advantage of these incredible odds.