In a performance that was reminiscent of the Reds’ glory days, Liverpool managed to annihilate Manchester City in an incredible 3-0 defeat at Anfield.

In a performance that was reminiscent of the Reds’ glory days, Liverpool managed to annihilate Manchester City in an incredible 3-0 defeat at Anfield. While Klopp’s side may not have completely ended City’s Champions League run, the first-half goals scored by Alex Oxlade-Chamberlain, Mohamed Salah and Sadio Mane gave them a comfortable leg room ahead of the upcoming second-leg clash at the Etihad Stadium next week.

The Reds’ awe inspiring performance sent bookies into a frenzy, considering that the betting interest in the game was pretty much split between the two clubs, especially on account of City’s stellar performance in the Premier League. Punters’ interest in UCL matches has only increased in recent years, particularly due to the growth of online betting platforms which have been handing out various attractive rewards to interested punters, for instance, the 888sport free bet. Together, these provided for a thrilling clash at Anfield that left City supporters visibly shocked at the end of the 90 minutes.

Worries about windows being smashed on Pep Guardiola, considering the thousands of Liverpool fans who were lined up on the streets outside Anfield, seemed miniscule when compared to the City manager’s annoyance when they conceded three goals in quick succession, all before the half time mark.

Liverpool, who had beat Manchester City 4-3 in the Premier League in January, took the lead at their home turf just 12 minutes into the game after James Milner landed a slick ball on the touchline, and even though there were slight concerns about a potential offside as Salah took off from the halfway line, the Sky Blues were utterly helpless to prevent what ensued from that instant.

The Egyptian international played in Firmino, and despite the initial shot being blocked, the ball fell to Salah again who waited just long enough to see where the defense was moving before firing a clinical shot into the goal.

On the other side, Guardiola had deployed Mohamed Salah’s rival for player of the year, Kevin De Bruyne, alongside Fernandinho in order to ensure that the game is kept within control from deep midfield. However the Belgian player barely had any impact on the game as the home side managed to crowd the midfield and intercept most long-balls with unparalleled tenacity and energy. Manchester City showed signs of revival after Leroy Sane’s laudable attempt at goal, but the renewed energy soon fizzled out at the end of the first half. 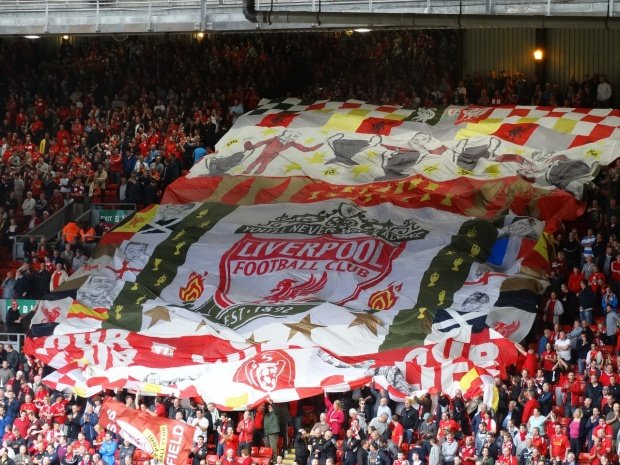 In contrast, Jurgen Klopp’s side was more clinical in their approach, and their dominance became complete in the 20th minute when Milner swept the ball inside to Oxlade-Chamberlain, who shot an absolute screamer from 20 yards out, which Edison had absolutely no chance of stopping. The visiting side’s frustration was compounded by the fact that the creative duo of Silva and De Bruyne barely had any time with the ball to even try for a comeback. The final nail in the coffin came in the 31st minute when Mane out-jumped City’s defenders to neatly head the ball into the net.

The game represented a rare instance when City faltered and paid heavily for their mistakes, however it remains to be seen whether Liverpool can replicate Wednesday night’s magic in the second leg at the Etihad.