Here is our match preview ahead of Liverpool’s Premier League clash with Stoke including team news, expected line-ups and predicted score

The Reds put one foot in the final with a sensational performance to thrash the Serie A giants 5-2 at Anfield on Tuesday night with Mohamed Salah once again inspiring the Merseysiders to a famous victory.

It means Roma need another miracle at the Stadio Olimpico on Wednesday night to prevent Liverpool progressing to the final where they’re expected to meet Real Madrid after they beat Bayern Munich 2-1 at the Allianz Arena.

Jurgen Klopp suggested at his press conference today that they still need to worry about Chelsea – who’re eight points behind with a game in hand – but realistically Liverpool are all-but assured of a top four finish.

Stoke arrive at Anfield in desperate need of points as they sit 19th in the table and four points from safety having played a game more than their rivals so it’s not looking good for Paul Lambert’s men.

Klopp has hinted he won’t make wholesale changes for the game but he’d be foolish not to rest some of his key men ahead of the Roma trip.

The entire back four could be given a breather with Nathaniel Clyne, Ragnar Klavan, Joe Gomez and Alberto Moreno all pushing for recalls but Joel Matip has been ruled out for the rest of the season.

Alex Oxlade-Chamberlain has also been sidelined for several months after suffering knee ligament damage against Roma so he joins Adam Lallana and Emre Can in missing the game.

Sadio Mane picked up a minor muscle injury in midweek so he’s unlikely to be risked while Roberto Firmino should be rested with Danny Ings and Dominic Solanke given run outs.

As for Stoke, they’ll be without Glen Johnson as he’s nursing a groin injury while Eric Choupo-Moting and Kostas Stafylidis remain on the sidelines. 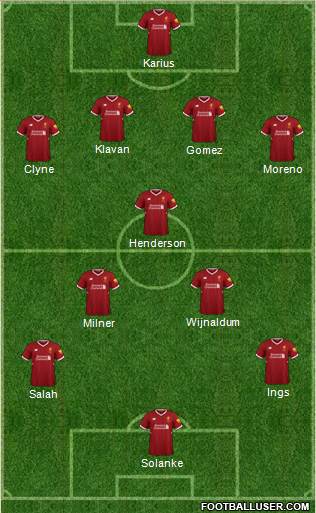 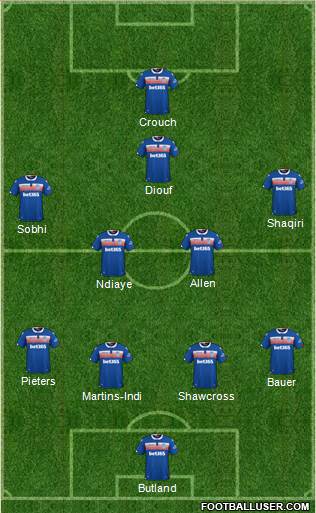 Liverpool 2-0 Stoke: The Reds are unbeaten in their previous 54 top flight home games against Stoke and I don’t see that run coming to an end tomorrow. Even a weakened Liverpool side should have too much for the Potters to handle so I’m going with a 2-0 home victory.

Understandably, Liverpool are the heavy 1/3 favourites to win this game with the bookies and we need to find more value so I’d back the hosts to win at the exact score of 2-0 at 6/1. To make it even more interesting, add Mo Salah as first goalscorer in a 2-0 win for odds of 10/1. However, if you’re going to bet on the game, make sure you check out this article on how to choose the best UK online bookmakers as the last thing you want is to put your money at risk by betting at an unlicensed company. And remember, bet sensibly and only stake what you can afford to lose!