Man Utd take on Young Boys in Switzerland this evening. Here is a preview with the latest team news, line-ups and prediction

Manchester United will be looking to kick-off their Champions League campaign with a positive result when they take on Young Boys in Switzerland tonight.

The Red Devils booked their place in Europe’s elite competition after finishing second in the Premier League last season and they’ve been handed a tricky draw after being pitted against Juventus, Valencia and Young Boys in Group H.

Jose Mourinho will be keen to make-up for last season’s disappointment that saw United crash out to Sevilla at the last-16 stage of the competition following a 2-1 second leg defeat at Old Trafford.

Man Utd have had a mixed start to the new campaign as they recovered from consecutive defeats to Brighton and Tottenham by picking up vital away wins at Burnley and Watford in recent weeks so Mourinho will be hoping to build some momentum.

They’ll face Young Boys for the first time in any competition but United know they face a tricky test in Switzerland on the artificial pitch at the Stade de Suisse this evening so they’ll won’t be taking anything for granted.

United have left Antonio Valencia back in Manchester as they didn’t want to risk his troublesome knee on the artificial surface but Luke Shaw is back in contention after missing the Watford game due to concussion.

Jesse Lingard hasn’t travelled to Switzerland while Phil Jones and Marcos Rojo are still unavailable but Marcus Rashford will return to the starting eleven as he’s currently serving a domestic suspension.

Summer signing Diogo Dalot is in the squad for the first time since recovering from a knee injury that he suffered while playing for former club Porto last season but the youngster is expected to be named on the bench.

Young Boys will be without midfielders Jordan Lotomba and Sandro Lauper due to injury but Miralem Sulejmani is back in contention after recovering from concussion. 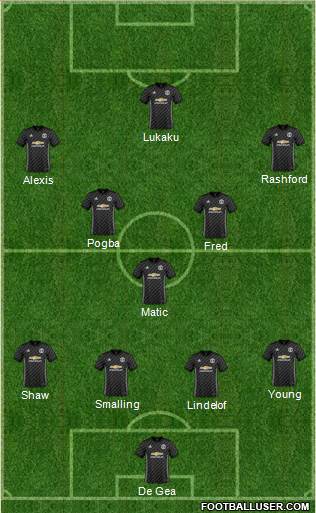 Young Boys 0-2 Man Utd: United have lost their last two trips to Switzerland [against FC Basel] but they’ll be confident of taking home a positive result tonight. Young Boys are a limited side and while they will no doubt be right up for this game, I can’t see past an away win. As long as United cope with the artificial pitch, I can see a routine victory.