Man Utd take on Wolves at Old Trafford on Saturday afternoon. Here is a preview with the latest team news, line-ups and prediction

Manchester United will be looking to continue their recent good form with another win when they welcome Wolves to Old Trafford on Saturday afternoon.

The Red Devils have recovered from a tough August that saw them lose to Brighton and Tottenham as they’ve secured back-to-back wins on the road at Burnley and Watford in the Premier League before kicking off their Champions League campaign with a routine 3-0 win at Young Boys in midweek.

Those results have eased the pressure on Jose Mourinho but the Portuguese coach will be keen to build some momentum and move Man Utd up the table from their current eighth placed position with another positive result tomorrow.

However, they’ll be up against an ambitious Wolves side who have made a solid return to the Premier League having taken eight points from their five games so far having gained promotion from the Championship last season.

United will be without Marcus Rashford as he serves the second of his three-match suspension while Nemanja Matic will also miss the game following his dismissal at Watford last weekend.

Phil Jones could return to the squad after recovering from a hamstring injury but Marcos Rojo and Ander Herrera remain on the sidelines while Diogo Dalot will drop out despite an impressive debut in midweek.

Antonio Valencia will therefore return at right-back after not being risked on the artificial pitch in Switzerland and Jesse Lingard should also return to the starting eleven tomorrow afternoon after being rested in the Champions League.

Wolves have virtually a fully-fit squad to choose from with winger Ivan Cavaleiro the only absentee. Manager Nuno Espirito Santo has named an unchanged line-up in each of their five games so far this season but Adama Traore is pushing to start having impressed off the bench in recent weeks. 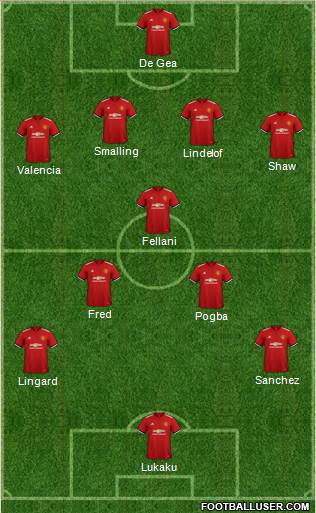 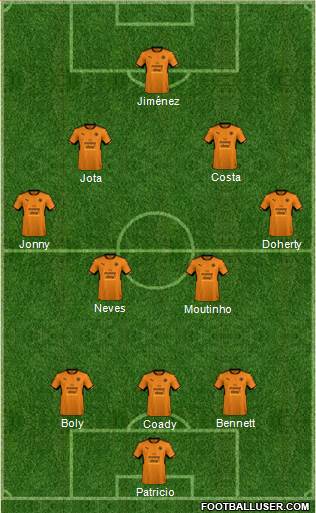 Man Utd 2-0 Wolves: United have an excellent recent record against Wolves as they’ve won their last six league meetings at Old Trafford and the Red Devils have lost just one of their last 49 home games against promoted sides. This Wolves outfit are full of ambition and should give United a decent game but the hosts should have too much in the end.