Man Utd take on Derby at Old Trafford in the League Cup this evening. Here is a preview with the latest team news, line-ups and prediction

Manchester United will be looking to avoid an upset by booking their place in the fourth round of the Carabao Cup when Derby County head to Old Trafford this evening.

The Red Devils have endured a mixed start to the new season as they saw a three-match winning run in all competitions come to an end with Saturday’s disappointing 1-1 draw with Wolves that led to Paul Pogba questioning Jose Mourinho’s tactics.

The Portuguese coach is now under pressure not to crash out of the League Cup against lower league opposition and Mourinho will be up against a familiar face in the away dug-out as Frank Lampard faces-off against his former boss.

Lampard was one of Mourinho’s key allies during their hugely successful time together at Chelsea and the former midfielder has made a positive start to life in management having won 5 of his 9 Championship games so far with Derby.

Man Utd welcome Ander Herrera back in to the squad after he recovered from an ankle injury that’s hampered him in recent weeks while Nemanja Matic is available again after serving a one-match suspension.

Marcos Rojo is the only major injury absentee but Marcus Rashford will complete his three-match ban. Diogo Dalot is expected to be given another chance to impress at right-back but Mourinho has suggested he’ll field a strong side.

The likes of Sergio Romero, Eric Bailly, Ashley Young, Juan Mata and Anthony Martial are all pushing for recalls but it remains to be seen how many changes Mourinho will make.

Derby have no fresh injury concerns but Curtis Davies remains out with a hamstring injury, George Evans is still missing with a knee injury while Tom Lawrence is suspended. 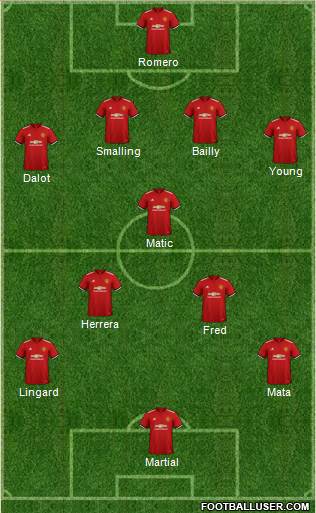 Manchester United 2-1 Derby: United struggled against Wolves for long periods at the weekend and they can’t afford to take this game too lightly as Derby could cause some problems. Mourinho has an excellent record in this competition as he’s never lost a home match in the League Cup and United have won 14 of their last 15 third round ties. I’m expecting a good game at Old Trafford but the hosts should have enough to book their place in the fourth round.