Tottenham will be looking to book their place in the quarter finals of the Carabao Cup when they take on West Ham at the London Stadium this evening.

Tottenham will be looking to book their place in the quarter finals of the Carabao Cup when they take on West Ham at the London Stadium this evening.

Spurs saw their title challenge derailed by a 1-0 defeat to Manchester City at Wembley on Monday night which has left them sitting fifth in the Premier League table and five points adrift of the leading pack.

Mauricio Pochettino insists his players will have no excuses tonight, despite being forced to play again just 48 hours after the City game, but the Tottenham manager is expected to make wholesale changes to his starting eleven.

West Ham boss Manuel Pellegrini insists his side are taking the League Cup seriously this season and they beat Macclesfield 8-0 in the previous round but they’ll be looking for revenge having lost to Spurs 1-0 in the league just 11 days ago.

Paulo Gazzaniga should start in goal while Kyle Walker-Peters is expected to get a chance in defence along with Juan Foyth and Serge Aurier. Harry Winks, Victor Wanyama and Hueng-min Son should all come in while Dele Alli and Christian Eriksen are likely to start having been on the bench on Monday.

However, Danny Rose remains out through injury while Jan Vertonghen is also still working his way back from a hamstring problem.

As for West Ham, Mark Noble is suspended following his dismissal at the weekend while Marko Arnautovic is ill so he could miss out along with long-term absentees Andy Carroll, Winston Reid, Carlos Sanchez, Manuel Lanzini and Jack Wilshere. 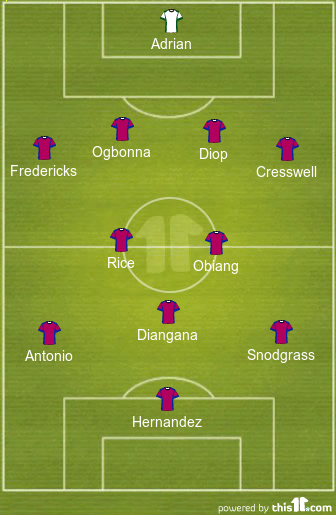 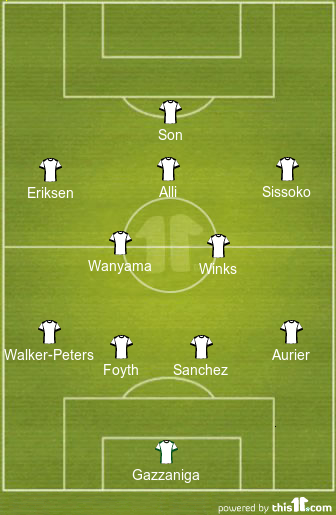 West Ham 1-2 Tottenham: West Ham beat Spurs 3-2 at Wembley at this stage of the competition last season so they’ll be hoping for a repeat result this evening. I do think it will be a competitive game but Tottenham’s ‘B team’ is much stronger than West Ham’s so I’m backing Spurs to edge it tonight to book their place in the quarter finals.