Ole Gunnar Solskjaer has confirmed an injury set-back after offering an early team news update ahead of Manchester United’s trip to Tottenham. 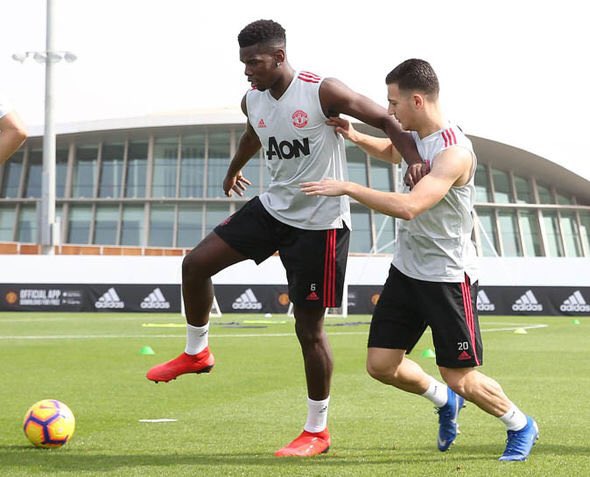 Ole Gunnar Solskjaer has confirmed an injury set-back after offering an early team news update ahead of Manchester United’s trip to Tottenham at the weekend.

Solskjaer whisked his Manchester United squad off to Dubai this week for a warm-weather training camp after booking their place in the fourth round of the FA Cup with a win over Reading on Saturday afternoon.

The United players have been enjoying the fine weather in the Middle East but they’re still working hard in the intense heat as they prepare for Sunday’s crucial Premier League clash with Spurs at Wembley.

Paul Pogba sat out the FA Cup win at the weekend due to a knee injury after being on the wrong end of a horror-tackle from Jonjo Shelvey during United’s league win over Newcastle United last week.

The Frenchman initially stayed in Manchester to undergo treatment while the rest of the squad flew-out to Dubai but the midfielder later joined his team-mates in the UAE and took part in a light training session today.

Solskjaer has confirmed Pogba took a knock against Newcastle but is hoping the 25-year-old will be able to recover this week and put himself in contention to face Tottenham on Sunday.

Fred started against Reading at the weekend but the Brazilian midfielder hasn’t made the journey to Dubai as his partner is expecting a baby any day so it remains to be seen whether he’ll be available against Spurs.

The Man Utd boss also revealed that Rojo has been sent back to Manchester after suffering a set-back in his recovery from an injury that’s kept him out for the past month and the Argentinean international is set to once again miss out against Tottenham this weekend.

“Marcos [Rojo] has gone back home because his injury is taking a bit longer than we thought,”

“Fred[‘s partner] is expecting a baby and Paul [Pogba] has had his knock and has had a few days of treatment back home. Hopefully, we can get Paul on his feet during this week.”

United will be praying Pogba makes a swift recovery as he’s been in superb form since Solskjaer took over from Jose Mourinho last month and has played a key role in their recent upturn in form, that’s seen United win all five of their matches under Solskjaer.

However, United will be without Eric Bailly against Tottenham as he serves the final game of his three-match ban while Chris Smalling remains a doubt due to an on-going foot injury that’s hampered him in recent weeks.