Manchester United have been handed a huge boost ahead of their Champions League clash with PSG after Neymar suffered a foot injury last night. 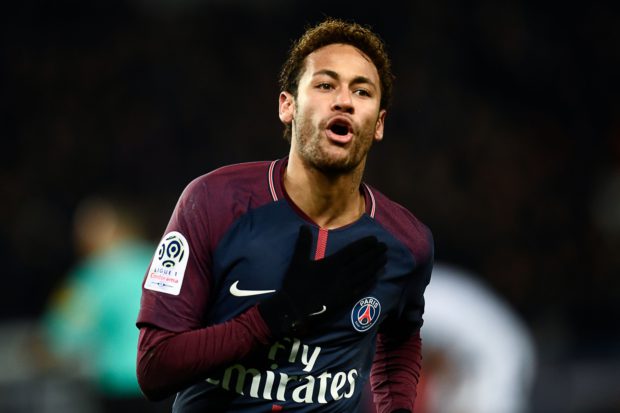 Manchester United have been handed a huge boost ahead of their Champions League last-16 clash with Paris Saint-Germain after Neymar suffered a foot injury last night.

The Brazilian superstar limped off the field in tears during PSG’s 2-0 victory over Strasbourg in the French Cup on Wednesday after twisting his ankle in the turf midway through the second half.

It was initially feared the 26-year-old had suffered an ankle injury but PSG have released a statement confirming that tests show Neymar has in fact damaged the fifth metatarsal in his right foot.

The Ligue 1 champions are unable to put a timescale on his recovery as they say treatment will depend on how the injury evolves over the coming days but Neymar is obviously now considered a major doubt for PSG’s Champions League clash with Man Utd next month.

Initial examinations have revealed a painful recurrence of his injury to the fifth metatarsal of his right foot.

The treatment of this injury will depend on how it evolves over the next few days.

All options can be envisaged at this time.

Manchester United welcome PSG to Old Trafford for the first leg of their last-16 tie on February 12 so Neymar is facing a race against time to prove his fitness before that match.

PSG boss Thomas Tuchel admitted after the game that Neymar is worried as it’s the same foot he injured last February. That injury required surgery and saw the South American ruled out for four months.

If Neymar has suffered a recurrence of the same injury, he would require surgery once again and would not only miss both legs against Man Utd but he’d struggle to play again this season.