Alex Oxlade-Chamberlain is set to hand Jurgen Klopp a timely boost as he prepares to make his long-awaited comeback with a run-out for the Liverpool U23’s on Friday night, according to the Liverpool Echo.

Oxlade-Chamberlain has been on the sidelines since suffering a serious knee ligament injury during Liverpool’s Champions League semi-final first-leg clash with AS Roma back in April of last season.

The 25-year-old has endured a long road to recovery over the past 11 months and Klopp had originally suggested the attacking midfielder would struggle to play again during the 2018/19 campaign.

However, Oxlade-Chamberlain has made excellent progress during his rehabilitation and returned to first team training well ahead of schedule after resuming full training in February.

Klopp said last week that Oxlade-Chamberlain is looking good in training but insisted he’s not prepared to rush the former Arsenal star back in to first team action too soon.

Klopp is quoted as saying by the Liverpool Echo:

“He trains fully but not as much as the others. Then he leaves a bit early to do something else and the things he needs.

“Everyone is always looking for a reaction but nothing has happened yet. We have to prepare him for his entire career, not just one particular game. When he’s in training it looks very nice.”

However, it seems the England international has now been given the green light to return to the pitch. The Liverpool Echo claim that Liverpool considered giving The Ox a run out in tonight’s Premier 2 derby with Everton at Anfield but have decided to use Friday night’s clash with Derby as Oxlade-Chamberlain’s comeback game. 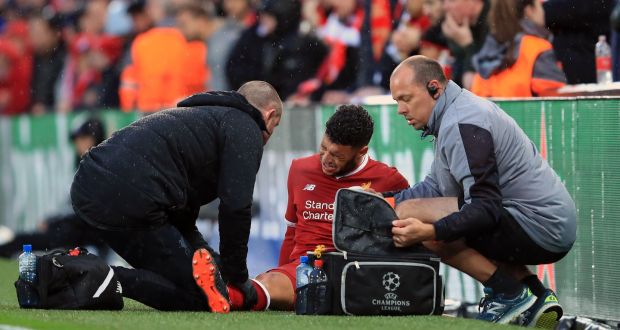 The newspaper says the attacking midfielder will line-up for Neil Critchley’s U23 side at Derby’s training ground in the 2pm kick-off later this week as he looks to build-up his match fitness ahead of a first team return.

The news will come as a welcome boost to Klopp as Oxlade-Chamberlain is on-course to play a significant part in Liverpool’s run-in and he’ll provide some much needed creativity from midfield.

Liverpool have seen their title-challenge derailed in recent weeks with Sunday’s 0-0 draw at Everton leaving them sitting one point behind Manchester City in the table with nine games remaining.

Klopp will be hoping Oxlade-Chamberlain’s imminent return to action will give his Liverpool squad the lift they need to get their title charge back on track as Liverpool look to end their 29-year wait for the title.