Managers are working hard trying to strengthen their squads during the summer transfer window so we’ll bring you all the latest news and gossip from around the globe. Here, Arsenal are hoping to sign Moise Kean… 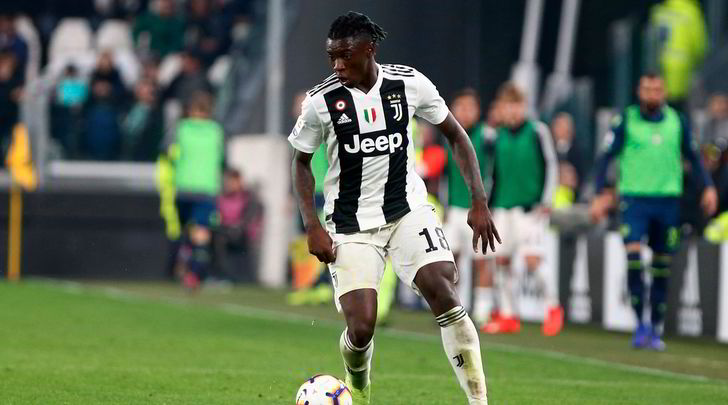 Arsenal are willing to increase their offer to £36m [€40m] in order to get a deal agreed with Juventus for the signature of Moise Kean this summer, according to Tuttosport.

Kean is a product of the Juventus youth system and he emerged as one of the most exciting young talents in Italian football after breaking into the first team last season with 7 goals in his 17 appearances.

The 19-year-old was expected to be a central figure for the Serie A champions for years to come but the arrival of Maurizio Sarri as manager this summer has thrown Kean’s long-term future into doubt.

Juve are looking to balance the books following the big-money signing of Dutch centre-back Matthijs de Ligt from Ajax and it appears Arsenal have got wind they are willing to cash-in on Kean this summer.

Tuttosport claims Arsenal have tabled an opening offer worth around £31m [€35m] for the Italian international but Juventus are demanding a £36m [€40m] buy-back clause – which can be activated after two years – is included in the deal.

Understandably, Arsenal aren’t keen on such an agreement and we don’t want to consider a loan so the Italian publication says we’re ready to increase our offer to £36m as long as the buy-back clause is taken off the table.

It remains to be seen whether the improved offer would be enough to get a deal agreed but Kean would be a hugely exciting signing if Arsenal were able to lure him to the Emirates Stadium this summer.

We need more options in the final third after Danny Welbeck left the club following the expiration of his contract and I’d love to see a talented youngster like Kean arrive as he has a huge future ahead of him.

However, it makes no sense for us to agree a deal that allows Juventus to buy the attacker back in two years for just a few million more than we paid for him as his value would be a lot higher than £36m if he turns out to be a success.