The “Samir Nasri to Manchester United” story started off looking like just another unrealistic piece of speculative gossip to be thrown on the enormous pile of transfer rumours which end up not to be true. It looked destined for that large, disappointi… 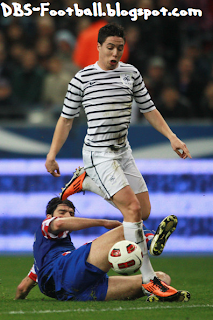 The “Samir Nasri to Manchester United” story started off looking like just another unrealistic piece of speculative gossip to be thrown on the enormous pile of transfer rumours which end up not to be true. It looked destined for that large, disappointing, ill-informed pile which raise many hopes only to be let down miserably. However, it has, like all good summer transfer stories, built up a lot of momentum – so much so, that reports are emerging that Manchester United are set to bid an impressive £20 million for the Arsenal play maker, as well as meet his wage demands of £130,000 a week in an attempt to persuade the Frenchman out of Arsenal.

With only a year left on his contract, talks between Nasri and Arsenal were said to be ongoing, but Manchester United’s interest has remained throughout those talks, and now it seems Sir Alex Ferguson will turn that initial interest into a genuine bid.

I have previously evaluated the likelihood of Nasri leaving Arsenal for Manchester Untied, concluding that despite Nasri’s ambition and United’s success compared to Arsenal’s drought, he would continue talks with Arsenal and decide to stay. This was of course, guesswork mixed with pessimism, but it seems every day that goes by, a deal seems more likely. Perhaps this is why a Nasri move away from Arsenal is made more likely?

Naturally, there is talk on Twitter about this, with Nasri having apparently already had a medical, or one booked for next week at Bridgewater Medical centre, depending on where you look and what you read. Others say, that despite Arsene Wenger’s insistence that he would not sell Nasri to United whatever the circumstances, the Arsenal board has over ruled the Arsenal manager because of the amount of money in the prospective Manchester United bid.

Of course, all this talk must be taken with a few pinches of salt, but it will be interesting to see how this develops over the next few days, as we will surely discover if there is actually any truth behind this.

Meanwhile, as Arsenal try to keep hold of their players, they are also obviously looking to recruit some new ones, and Ricky Alvarez is said to be a player high on Wenger’s list. He wrote on his Twitter account the following:

“I would love to play for Arsenal, it would be a dream for me! I pray to God that this becomes true”