OPINION: Why Utd & Chelsea Target Javier Pastore is Worth £45m

Javier Pastore is 22 years-old, has played 103 competitive football games, scored 25 goals, assisted 14, and cost his current club Palermo only £5 million when he joined them from the Argentinian side Club Atlético Huracán just two years ag… 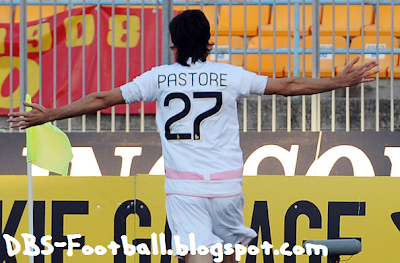 Javier Pastore is 22 years-old, has played 103 competitive football games, scored 25 goals, assisted 14, and cost his current club Palermo only £5 million when he joined them from the Argentinian side Club Atlético Huracán just two years ago. Now, in 2011, the Argentine attacking midfielder is being offered to clubs for over £40 million. How on earth has that happened, and why do so many believe that Pastore is worth that obscene amount?

Many of you may have looked at Pastore on YouTube when you heard clubs like Manchester United, Manchester City, Real Madrid and Chelsea were interested in signing him. You may have seen his silky skills and elegant passing, his attacking style and eye for goal. Of course, that’s great to see, and possibly a joy to behold, but do you really believe that he is worth the same as Zinedine Zidane was back in 2001? Is he really someone who you would risk splashing a staggering amount on in the hope that he could change the fortunes of your club?

In truth, I don’t believe anyone is worth that amount, but then you have to look at the situation from a footballing point of view – football is in a whole world of it’s own when it comes to money, and it’s a world we can’t even begin to comprehend. So I suppose in footballing terms, yes, Javier Pastore looks an impressive and very promising talent, with huge potential to grow into a world beater. But still – £45 million? It seems too much.

Hang on. Who’s “interested” in the player again? Manchester United, Manchester City, Real Madrid, Chelsea and AC Milan. Ah. It makes sense now. Of course Pastore isn’t really worth the £45 million that we have been quoted. No, but Pastore’s club know, that they have a young player capable of special things in their midst, and clubs with a seemingly limitless bank balance are interested – namely, Manchester City, Real Madrid and Chelsea.

This is something that many clubs with talented young players can now do; raise the price of their player when big clubs circle, quote them the sum expected, watch as they ponder thoughtfully while checking their wallets carefully, and sell the player for a massive profit. It’s brilliant, and many clubs set out now, looking for young, promising, rough diamonds, with a profit in mind. Udinese are a perfect example.

Alexis Sanchez, the talented South American, who has been the subject of big bids from Manchester United, City and Barcelona this summer was part of Udinese’s project of signing up loads of young, cheap South American and African footballers in the hope that one or two will turn out like Sanchez has so that the club can sell them on for a huge profit. Udinese were lucky that both sides of Manchester – the red and he blue registered interest in Sanchez, as it only increased his valuation – a valuation Barcelona are struggling to meet.

The Palermo chief has recently spoken about Javier Pastore’s future, stating that it is very likely that his young star will be leaving this summer:

“There’s a 90 per cent chance that he’ll go away, because it is the desire of the player. That is normal when you know that certain clubs want you.”

“Pastore will go to England or Spain. The favourites are Real Madrid and Malaga. Manchester City are also interested in him, as well as Manchester United and Chelsea.”

So the truth is, Pastore isn’t really worth £45 million, but Palermo know that clubs will be willing to pay that amount for him – and they will of course be willing to accept the money. Pastore may be very talented; his skills, his passing, his vision, his creativity, his flare, his talent for impersonations, but in my opinion, he isn’t worth £45 million.