Preview and betting tips as Brazil take on favourites Germany at the Estádio Mineirão in Belo Horizonte tonight in the first semi final of the 2014 World Cup. 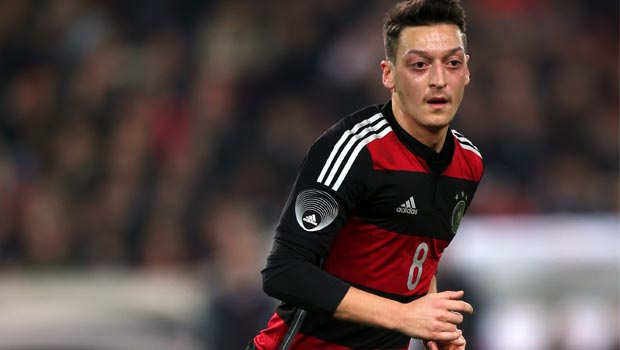 Brazil take on Germany at the Estádio Mineirão in Belo Horizonte tonight in the first semi final of the 2014 World Cup.

Joachim Jow’s men head into the game as tournament favourites but they’ll have to get past the hosts in front of their passionate crowd if they want to make it through to their first final since 2002 having been dumped out at this stage in the last two World Cups.

The Germans beat France in the previous round but it was a relatively comfortable victory despite the 1-0 score-line. France were restricted to few clear cut chances and Germany eased home in the end thanks to a first half header from Mats Hummels.

They may not have wowed us with scintillating football this summer, but it’s Germany’s ruthless efficiency that has got them this far and I really don’t see it ending any time soon, which is why I’m backing them to progress to the final.

Brazil have been excellent at times but I fear their journey may come to an end this evening, particularly given the fact they’ll be without arguably their best two players in Neymar and Thiago Silva.

Obviously the big team news is that Brazil will be without boy-wonder Neymar after he fractured his back during Friday’s 2-1 win over Colombia. In his absence, I think we’ll see Chelsea’s Ramires come in to the team and start on the right with Hulk moving to the left. This will give the side a more defensive feel which could be important against the Germans.

Luis Gustavo returns from suspension and should take his place in midfield with Fernandinho and Paulinho battling it out for the other spot. Bayern Munich’s Dante is favourite to replace the suspended Thiago Silva at the back.

Germany have no fresh injury concerns heading into the game, so Low’s big decision will be whether to stick with the side that beat France of bring in either Lukas Podolski or Mario Gotze for Miraslav Klose, and move Thomas Muller up front.

Arsenal’s Mesut Ozil has been harshly criticised by many throughout the tournament, with some pundits failing to appreciate what he brings to the team even when he’s not on top form. The Gunners playmaker has still created more chances than any other German player this summer, and has one of the best records in the entire tournament, so nobody can say he hasn’t had a positive effect. I personally wouldn’t be surprised if Ozil popped up with an assist or two tonight.

It was a pretty poor week for the Football Talk team in the bwin Bloggers Betting League. We still sit fourth but have a lot of catching up to do if we’re going to be in contention come Sunday night.

Despite the crazy home crowd and the Brazilian passion, I can’t see past a Germany win tonight. The hosts are certainly going to miss Neymar and the Germans just seem to be doing enough to get the results.

While the knockout stages have been pretty dire up to the 90 minute mark with very few goals being scored, I think we might see at least three this evening. Brazil are bound to score with the home crowd behind them, but without Silva I can see the ruthless Germans getting a couple.

We need to chase a big win so my adventurous bet is to back Thomas Muller to score first in a 2-1 German win, which offers odds of 29.00.