Manchester United boss Louis van Gaal failed with a summer bid worth in excess of €18m (£14m) for Benfica midfielder Andre Gomes, according to reports.

The summer transfer window may be closed but managers are already thinking ahead to future transfer windows so we’ll bring you all the latest news and gossip. Today, it’s revealed that Man Utd failed with a bid to land Andre Gomes. 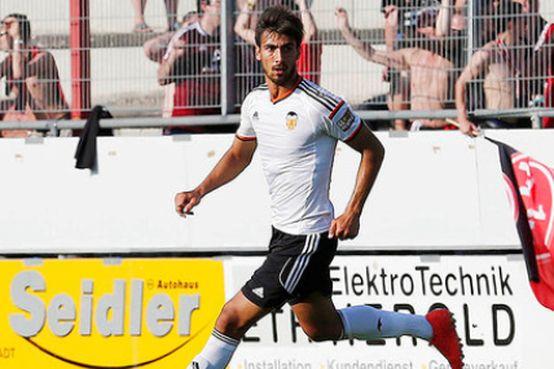 Manchester United failed with a summer bid worth in excess of €18m (£14m) for Benfica midfielder Andre Gomes, according to reports.

Gomes joined Benfica in 2011 from Boavista FC and after a season in the B team he eventually forced his way into the first team set-up, making 23 appearances last season.

His potential alerted an investment company called Meriton Capital Limited – which is run by Valencia owner Peter Lim – and they acquired 100% of the midfielders economic rights on the 31st January 2014 for €15m (£12m).

The 21-year-old saw out the remainder of the season with Benfica before being loaned out to Valencia in July but it seems that didn’t stop United from expressing their interest in buying the player.

The Express claim that United made an offer of at least €18m (£14m) to buy Gomes this summer which would have given Meriton Capital Limited a quick profit on their investment. However, Lim rejected the former champions offer as he wasn’t interested in cashing in and insisted the player would remain at Valencia for the new season.

Gomes is expected to do well in Spain and has just broken into the senior Portuguese national side having represented his nation at every youth level, so it’s easy to see why the Billionaire investor was keen to hang on to him as his value is almost certain to soar over the next 12 months.

United were the summers big spenders with Louis van Gaal splashing out over £150m on five new signings including Angel Di Maria, Radamel Falcao, Luke Shaw, Ander Herrera and Marcos Rojo, but it seems they wanted Gomes to be their sixth big-money addition.

It remains to be seen whether the Red Devils will renew their interest in the midfielder next summer but his price-tag is almost certainly going to be a lot higher than the €18m they hoped to pick him up for this summer.