Arsenal kick off their Champions League campaign when we take on Borussia Dortmund in Germany this evening. Here is a preview including team news and prediction 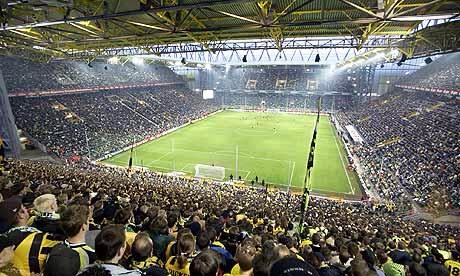 Arsenal kick off their Champions League campaign when we take on Borussia Dortmund in Germany this evening in our Group D opener.

It’s the third time in four years we’ve been drawn to play Dortmund at this stage of the competition with the Bundesliga outfit narrowly pipping us to top spot in the group stages last year.

After Dortmund had claimed a 2-1 victory at the Emirates, Aaron Ramsey scored a vital winner in this fixture last season and no doubt Arsene Wenger would bite your hand off for a repeat result this time around.

We head into the game off the back of Saturday’s thrilling 2-2 draw with Manchester City and I just hope that match hasn’t taken too much out of the players. We gave a lot to come from behind and take something from the game so fingers crossed the players have had enough time to recover.

The result was our third consecutive draw and it’s fair to say we’ve yet to really hit top form, but it was easily our best performance of the season against City so hopefully we can continue that form into tonight’s game.

Dortmund have bounced back from an opening day defeat to Bayer Leverkusen with back-to-back victories including a 3-1 win over Frieburg at the weekend and they will always be a tough test at home, so we’re going to have to put in a positive display to come away with anything tonight.

Mathieu Debuchy is out with an ankle injury that’s expected to keep him on the sidelines for at least two months so Arsene Wenger has a hole to fill at right-back. Calum Chambers is the most likely to come in as long as the youngster can overcome a bout of tonsillitis. If he fails to make it, Hector Bellerin should come in.

Nacho Monreal has been left back in North London with a minor back injury so Kieran Gibbs will make his first start since the opening day of the season.

Mikel Arteta is expected to get a recall in place of Matheiu Flamini while Wenger is likely to stick with the same front five that started against City, meaning Mesut Ozil will continue out wide with Danny Welbeck making his European debut in Arsenal colours through the middle.

Theo Walcott is due back in full training soon but this game comes too soon so he joins Olivier Giroud on the sidelines.

As for Dortmund, they have their injury concerns too with Jurgan Klopp without Mats Hummels (muscular problem), Ilkay Gundogan (back), Marco Reus (ankle), Jakub Blaszczykowski (thigh), Nuri Sahin (knee) and Oliver Kirch (thigh) for the game. 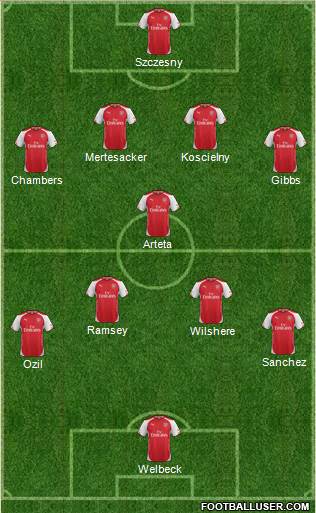 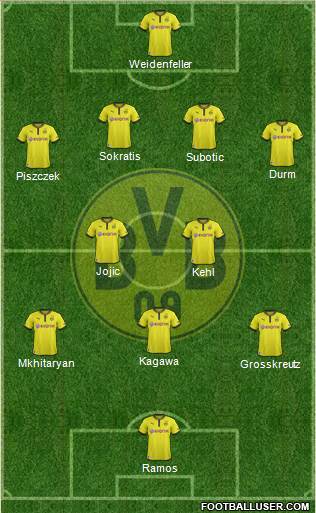 Alexis Sanchez: The Chilean has been superb since making the move this summer and has scored in his last three games, including a stunner against City at the weekend. His work-rate is excellent and he’s a huge threat in front of goal so I can see Sanchez causing the hosts plenty of problems tonight.

Borussia Dortmund 1-1 Arsenal: We have a good record in Germany and with Dortmund missing several key men, there is every reason to think we can get something out of the game.

What team would you select and what’s your predicted score for the game?