Arsenal boss Arsene Wenger has given an update on Per Mertesacker and Kieran Gibbs ahead of Saturday’s clash with Tottenham. Gooner Mac brings us the latest…

Arsenal boss Arsene Wenger has given an update on Per Mertesacker and Kieran Gibbs ahead of Saturday’s clash with Tottenham. Gooner Mac brings us the latest….. 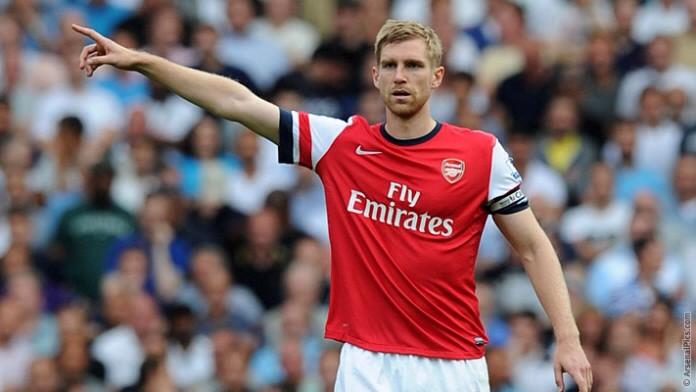 Arsenal crashed out of the Capital One Cup last night after losing 2-1 to an impressive Southampton side at the Emirates.

While the attack was filled with established names such as Lukas Podolski, Tomas Rosicky and Alexis Sanchez, the defence was far more inexperienced with 19-year-old trio Hector Bellerin, Calum Chambers and Isaac Hayden all starting while 23-year-old midfielder Francis Coquelin filled-in at left-back.

Speaking after the game, Arsene Wenger has revealed that he was forced to field such a young back-line due to the number of injuries in defence he’s having to deal with.

Nacho Monreal and Matheiu Debuchy were already ruled out and now Wenger has confirmed that Kieran Gibbs and Per Mertesacker couldn’t feature due to niggling injury problems.

Both players were unused subs but the boss has revealed that Mertesacker has been carrying a gluteus injury in recent days and was a doubt to face Aston Villa last weekend before declaring himself fit shortly before kick off.

However, when pressed on whether the pair would be fit for this weekends huge North London derby against Tottenham, Wenger assured fans they will be ‘alright’. He told Arsenal.com:

on whether he felt short defensively…

We are a bit short, yes because of the injuries we have. You sit there and you think Gibbs couldn’t play because of a slight problem, Mertesacker is a bit on the edge and then we have no choice.

Before the last game at Villa he had a little gluteus problem. He declared himself fit but at the moment we are so short that it’s difficult [to play him] with the games he plays. We have to play on Saturday against Tottenham and then an important game on Wednesday against Galatasaray and then we go to Chelsea. To absorb all these games without being rested when you have a little problem is very difficult.

on Gibbs and Mertesacker’s availability for Tottenham…

They will be alright.

More injuries in defence is the last thing Arsenal need right now as we are already down to the bare bones as we head into a crucial run of games that sees us take on Tottenham and Galatasaray at home before heading to Stamford Bridge to face Chelsea.

Hopefully Gibbs and Mertesacker will be able to come through those fixtures unscathed but Wenger’s decision not to further strengthen our options in defence this summer looks to already be back-firing.