Liverpool get back to Premier League action this weekend as they take on Hull at Anfield on Sunday afternoon. Here’s a preview with team news and prediction

Liverpool get back to Premier League action this weekend as they take on Hull City at Anfield on Sunday afternoon.

The Reds suffered a disappointing 3-0 defeat to European champions Real Madrid on Wednesday night to leave their hopes of qualification to the knockout stages of the Champions League hanging in the balance.

That result came after a lackluster performance saw them narrowly beat Queens Park Rangers 3-2 at Loftus Road last Sunday with a last gasp own goal securing a dramatic win to leave the Merseysiders sitting fifth in the table.

Hull arrive at Anfield off the back of an impressive 2-2 draw away at Arsenal last Saturday with a last minute Danny Welbeck strike denying Steve Bruce’s men all three points, so Brendan Rodgers will know they are in for a tough game tomorrow.

With Daniel Sturridge’s continued absence through injury, Rodgers must decide whether to stick with under-fire striker Mario Balotelli or hand Rickie Lambert a rare start in attack.

Adam Lallana and Emre Can are pushing for starts after impressing from the bench in midweek which could see Philippe Coutinho and Joe Allen drop out.

Javier Manquillo could also be set for a recall at right-back but Mamadou Sakho remains on the sidelines with a thigh injury so he joins Jon Flanagan in missing the game.

Hull will be without influential defender Michael Dawson after he was ruled out for up to six weeks with an ankle injury so Alex Bruce could come in.

Striker Nikica Jelavic is also out for the long-term with a knee injury but Sone Aluko and Tom Ince are pushing for starts.

Steve Bruce has problems in goal with Allan McGregor and Steve Harper struggling with injuries, so third-choice goalkeeper Eldin Jakupovic should start against Liverpool. 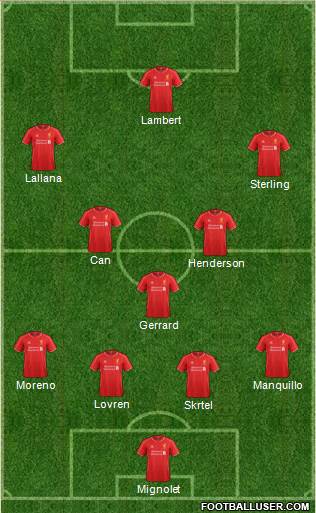 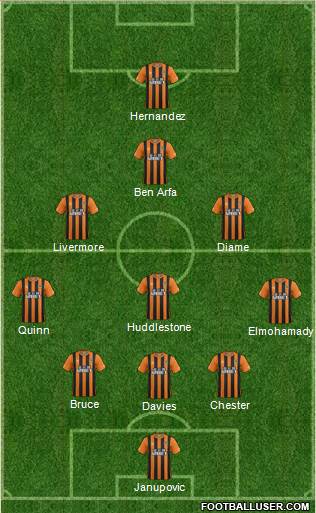 Raheem Sterling: With Sturridge out injured and Balotelli struggling for form, much of the focus will be on Sterling to provide the creative input in attack for Liverpool.

Liverpool 2-1 Hull: The Reds have kept just one clean sheet in their previous 14 league games so I can Hull getting a goal, most likely from a set piece, but the hosts should be able to take advantage of the problems the visitors have at the back to secure all three points.