Tottenham Hotspur will be looking to make it three wins on the spin when they take on Stoke City at White Hart Lane on Sunday afternoon. Here’s a preview.

Tottenham Hotspur will be looking to make it three wins on the spin when they take on Stoke City at White Hart Lane on Sunday afternoon.

Spurs got back to winning ways with a last gasp 2-1 win over Aston Villa last Sunday before beating Asteras Tripoli by the same score-line in the Europa League on Thursday night, with Harry Kane grabbing the winner in both games.

Mauricio Pochettino’s men head into this match sitting ninth in the Premier League table but can move above Manchester United into sixth with a win at the Lane tomorrow.

Stoke arrive in the capital still hurting from letting a two-goal lead slip against West Ham last weekend with that result seeing Mark Hughes men sit just three points above the drop zone, so they’ll be desperate to put some daylight between them and the bottom three.

Adebayor is expected to be passed fit but it remains to be seen whether Pochettino opts to recall the goal-shy Togolese hitman or stick with the in-form Harry Kane up front.

The Tottenham boss is set to bring in a number of first team players after given the likes of Hugo Lloris, Younes Kaboul, Etienne Capoue and Nacer Chadli well-earned breathers in midweek.

However, Kyle Walker and Nabil Bentaleb remain out through injury.

Stoke can count on Peter Crouch and Phil Bardsley after the pair served their suspensions last week and they are both expected to come straight back in to the starting eleven.

Charlie Adam is pushing for a recall but Robert Huth, Glen Whelan and Peter Peter Odemwingie remain on the treatment table. 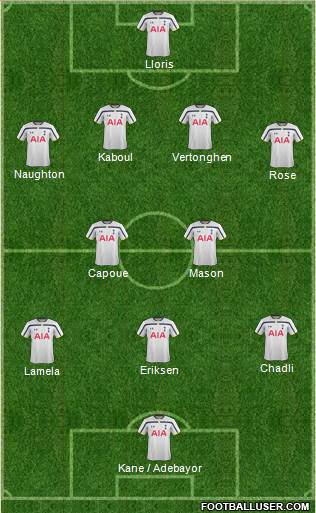 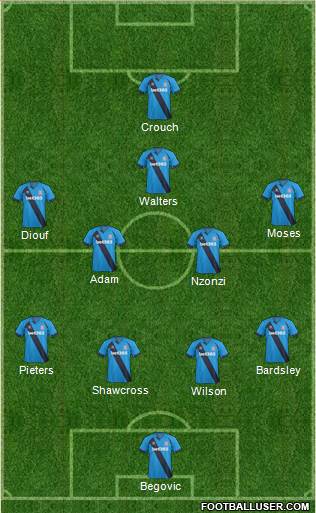 Christian Eriksen: The Dane has been a little below par so far this season and Pochettino is going to need him to get back to his best soon if they are to push for a top four place. When he’s on form, Eriksen is certainly a handful and Stoke will want to pay close attention to him tomorrow.

Tottenham 2-1 Stoke: Despite their poor record playing immediately after the Europa League, I think Spurs will have enough to just edge this one and head into the international break on a positive note.