Louis van Gaal is looking to bring in two new strikers, a centre-back and a midfielder as Manchester United get set to spend another £150m this summer.

The January transfer window may be closed but that won’t stop the newspapers from speculating ahead of the summer so we’ll bring you all the news and gossip. Today, Manchester United are gearing up for another busy summer… 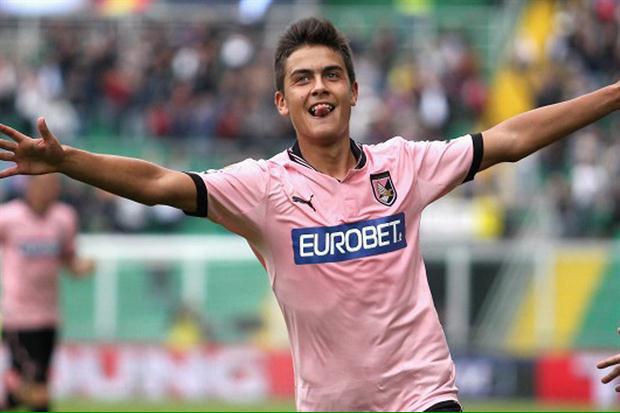 Louis van Gaal is looking to bring in two new strikers as part of a summer squad overhaul as Manchester United get set to spend another £150m, according to reports.

The Colombian international is highly unlikely to see that loan turned into a permanent move as he’s struggled to adapt to life in the Premier League, with just four goals to his name so far this season, and he was forced to play for the Under-21’s to help keep up his match fitness after failing to make it off the bench in recent games.

With Falcao almost certain to leave at the end of the season, the Mirror claim that van Gaal is targetting two new strikers this summer with United scouts keeping a close eye on Palermo’s Paulo Dybala as well as West Brom’s Saido Berahino – who was spotted in the stands during Monday’s FA Cup defeat to Arsenal.

If United do end up signing two new front-men, then it could cast doubt over the long-term future of Robin van Persie. The Dutchman has struggled for form and fitness this campaign and with the striker set to turn 32 in August, we could see him offloaded to make room for a new-look strike-force.

The Mirror suggest that van Gaal will have as much as £150m to spend this summer and he’ll also look to sign a top class centre-back, a midfielder and a new right-back, with Southampton’s Nathaniel Clyne believed to be his primary target.

United have looked vulnerable at the back with Jonny Evans, Chris Smalling and Phil Jones all looking susceptible at times so I’d expect the club to go all-out to sign a world class centre-half to build their defence around this summer.

A new right-back is also required as van Gaal clearly doesn’t rate Rafael and Antonio Valencia has been forced to deputise in defence, which isn’t his natural position – as we found out in the cup tie against Arsenal on Monday.

So it looks as though United have some big plans again this summer but first they need to secure a place in the top four as they may struggle to attract the type of players they want if they aren’t able to offer Champions League football.