Liverpool have been handed an injury boost with defender Jon Flanagan confirming to the clubs website that he’s returned to full training today. 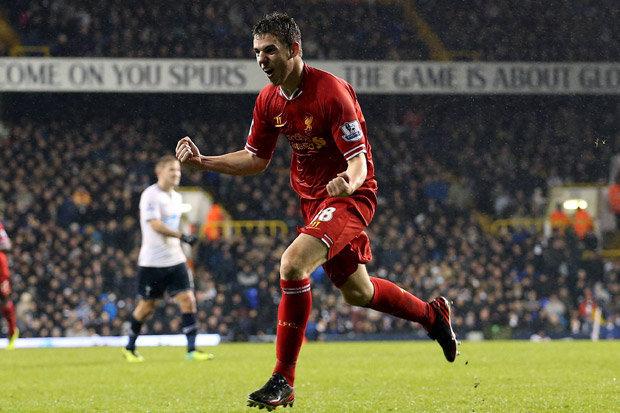 Liverpool have been handed an injury boost with defender Jon Flanagan confirming to the clubs website that he’s returned to full training today.

Flanagan is yet to make a single appearance for the Merseysiders this campaign after suffering a serious knee injury during pre-season training.

He was initially expected to be out for around six months but a series of set-backs have meant the 22-year-old has been forced to watch-on from the sidelines for the entire season.

However, that could soon change as Flanagan has confirmed in an interview with Liverpoolfc.com that he’s now feeling 100% and will resume full first team training today [Friday], with the young full-back excited to be back working with the rest of the squad in order to build up his match fitness.

“I’m very close – I’ve been doing light bits of training with the squad,”

“I can’t rush it. I’ve got to bide my time; I’m obviously not match fit so I’ve just got to keep going and it will all come together nicely I think.”

Flanagan played a key role in Liverpool’s 2013/14 campaign when he made 23 appearances as Brendan Rodgers men pushed Manchester City all the way in the Premier League title race.

His impressive form led to his first cap for the senior England national team and the defender was expected to push on and establish himself as a regular for club and country before his career was derailed by an untimely injury last summer.

The player has admitted it’s been a hugely frustrating time for him but he’s now focussed on regaining his first team place and is looking forward to putting his injury nightmare behind him. He continued:

“It has been frustrating. I had a problem with my knee and thought I would be back a lot quicker than I have been.

“Everyone had a great year last year and we were unlucky in the league. For me personally it was a great season, to be in the squad.

“I wanted to kick on this year, but unfortunately with the injury I haven’t. I would say it is the most frustrating season I have had to date.

“I have had a few setbacks along the way but my knee is fine now and hopefully I can just push on.”

Flanagan is a versatile defender who’s main position is right-back but made his name during the 2013/14 campaign playing on the left-side of Liverpool’s back four.

Rodgers has since moved to a 3-4-2-1 formation so it will be interesting to see where the Reds boss sees Flanagan fitting in to his new-look side. He could be deployed in the back three but with his pace and attacking instincts, perhaps Rodgers will see him more suited to the wing-back roles.

However, he’ll face some stiff competition if that’s the case as Alberto Moreno has made the left side his own this season while the likes of Lazar Markovic, Jordon Ibe, Jordan Henderson and Raheem Sterling have all played on the right wing at times this season.