Manchester United have been handed a major boost ahead of Sunday’s clash with Manchester City after Robin van Persie confirmed he returned to full training. 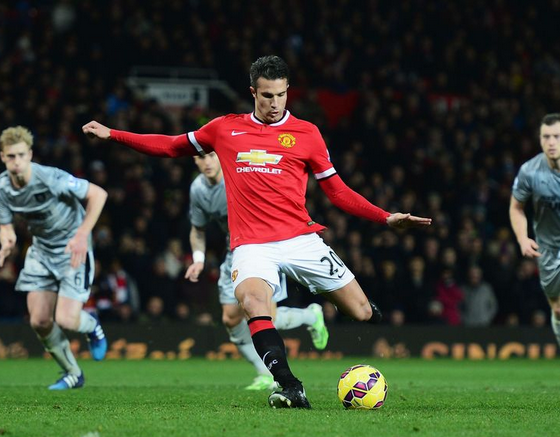 Manchester United have been handed a major boost ahead of Sunday’s clash with Manchester City after Robin van Persie confirmed he returned to full training today.

Van Persie hasn’t featured for the club since suffering an ankle injury during United’s defeat against Swansea City at the Liberty Stadium back in February.

The striker left Wales in a protective cast and has been on the sidelines since scans revealed he’d suffered ankle ligament damage.

However, the Dutchman resumed light training last week and it appears he’s stepped-up his recovery even further today after taking to Twitter to reveal that he’s now back in full training with the rest of the squad.

The 31-year-old declared on the social network that he’s ‘fit and able to play’, which suggests he’ll be in contention to face rivals Manchester City at Old Trafford this weekend.

The news will be a welcome boost to Louis van Gaal as he’s had to make-do with just Wayne Rooney up front in recent weeks with Radamel Falcao badly out of form.

It remains to be seen whether van Gaal will decide to bring van Persie straight back into the team though as United have been in excellent form of late and head into Sunday’s game above City in the Premier League table.

Here’s what RvP had to say on Twitter today:

Back to training with the group today. Was a great session. Happy to be fit and able to play again. Looking forward to my next game!