Man City will look to climb above Man United when they face off at Old Trafford on Sunday afternoon. Here is the side I think Manuel Pellegrini will select: 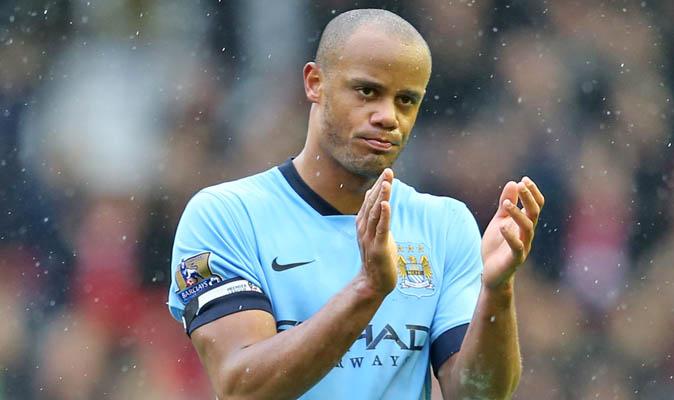 Manchester City will look to climb above bitter rivals Manchester United when they face off at Old Trafford on Sunday afternoon. Here is the side I think Manuel Pellegrini will select:

Goalkeeper: No decision for Pellegrini to make here, Joe Hart is a cert to start in goal.

Defence:  However, the City boss does have a concern in defence as skipper Vincent Kopmany is a major doubt for the game after failing to train properly all week due to a hamstring injury. The Belgian ace will be given a late fitness test but Mangala is on stand-by to fill in at the back. Gael Clichy is likely to keep his place at left-back but Pablo Zabaleta should come in for Bacary Sagna at right-back.

Midfield: James Milner may be brought in to the midfield to help counter United’s attacking threat while Samir Nasri may also get a recall for the ineffective Jesus Navas. Yaya Toure will keep his place alongside Fernandinho at the heart of midfield after scoring a lovely consolation against Crystal Palace on Monday night.

Attack: Pellegrini may decide to go with just one up front this weekend which should see Edin Dzeko drop to the bench with Sergio Aguero leading the line. David Silva could then move further forward to play in the ‘hole’ behind the Argentinean international.

Here is how I think we’ll see Man City line-up: 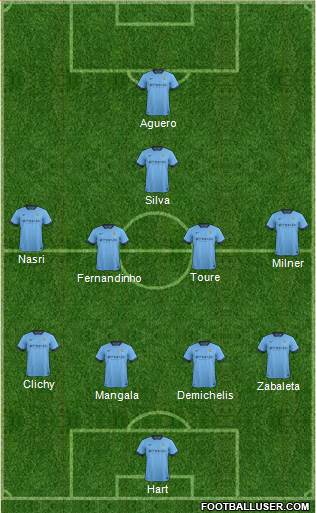