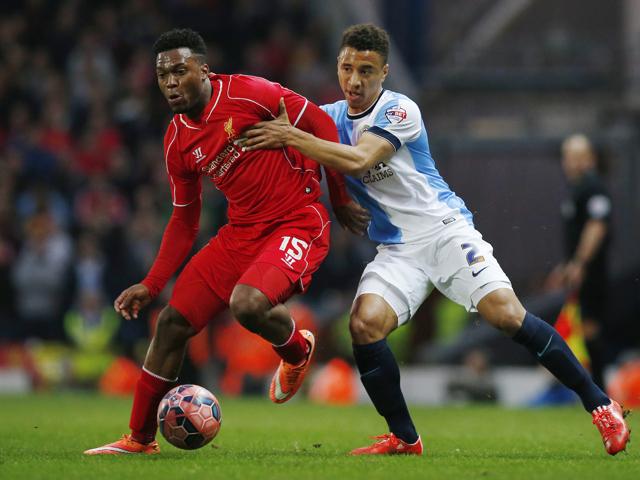 Liverpool have received a major injury blow with star striker Daniel Sturridge struggling to be passed fit for Sunday’s FA Cup semi-final against Aston Villa, according to reports.

The 25-year-old initially suffered the problem during the Reds defeat to Manchester United last month and Brendan Rodgers was hopeful the striker could be back in contention to face Villa this weekend.

However, the Guardian are one of several media outlets who are reporting this morning that Sturridge is now facing an uphill fight to be passed fit for Sunday’s crucial FA Cup showdown.

The England international is yet to return to full first-team training so only has two days to prove to Rodgers that he’s fit enough to feature at Wembley. If the striker fails to train on Friday, you’d expect that he’ll be ruled out of the game, but we should learn more at Rodgers’ press conference later today.

If Sturridge does miss out, it will be a huge blow to both club and player and cap-off what’s been a frustrating season with injuries restricting him to just 18 appearances in all competitions so far.

However, there is some positive news as skipper Steven Gerrard and defender Martin Skrtel are set to return to the squad after completing their three-match suspensions collected during last month’s clash with United.

Skrtel is almost certain to make a swift return to the starting line-up against Villa but we’ll have to wait and see whether Rodgers decides to recall his captain, as he’s only managed 27 minutes since suffering a hamstring problem against Tottenham on February 10.

Mario Balotelli could also return to the squad but is unlikely to feature in Rodgers’ first team plans, while Adam Lallana is a doubt with an on-going groin injury.