Manchester United have responded to reports they’ve tabled a mammoth £70m bid for Bayern Munich forward Thomas Muller, according to the Mirror.

With the summer transfer window finally open for business, managers are working hard trying to strengthen their squads ahead of next season so we’ll bring you all the news and gossip. Today, Man Utd are linked with Thomas Muller…. 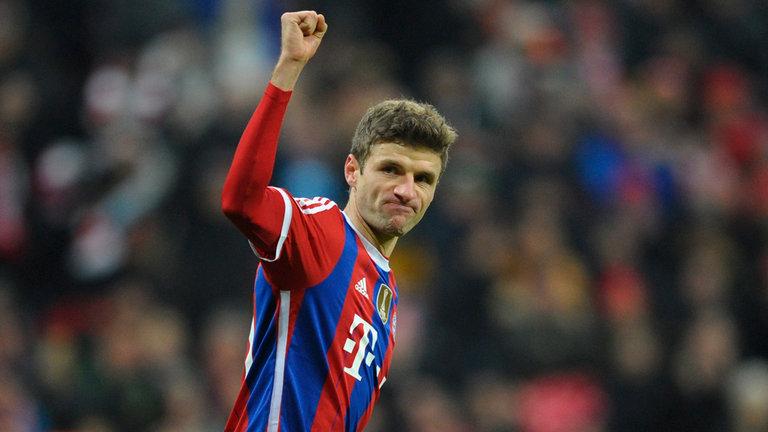 Manchester United have played down reports claiming they’ve tabled a mammoth £70m bid for Bayern Munich forward Thomas Muller, according to the Mirror.

Muller has long been linked with a move to Old Trafford and the Express reported earlier this month that United were lining-up a big-money bid for the German international as Louis van Gaal looks to strengthen his strike-force before the start of the new campaign.

It appeared that offer had been submitted as German outlet Sport1 claimed earlier this evening that United had tabled a huge €100m bid – which equates to around £70m – but Bayern were fully expected to reject the offer out of hand.

This news came just days after Muller himself had fuelled the speculation after revealing that he’d received an offer from the Red Devils and called it an honour to have attracted interest from a ‘big club’.

When quizzed about reported interest from United, Muller is quoted as saying by the Express:

However, it appears talk of a huge bid may be premature as the Mirror are reporting tonight that senior sources from within Old Trafford have denied claims they’ve tabled an offer for Muller’s services.

Obviously the club are unlikely to admit such a thing publicly and would prefer to distance themselves from speculation – even if they had made the offer – so I’m not too sure how much we should read into this denial.

United certainly need to bring in another front-man after selling Robin van Persie to Fenerbache and rejecting the chance to sign Radamel Falcao on a permanent basis, and Muller would be a sensational coup if they could somehow pull it off.

Despite not always being played as a striker, the 25-year-old has scored 121 goals in 304 games for Bayern so he’d add a real threat in the final third, while Muller’s versatility is also likely to be appealing to van Gaal as he’s capable of playing anywhere across the front line.

However, I do think United have their work cut out trying to persuade Bayern to sell – particularly after luring Bastian Schweinsteiger away from the Allianz Arena this summer. If the German giants have rejected a €100m offer, then I think it’s safe to say they are determined to keep hold of Muller, so I think van Gaal may have to look elsewhere for his new forward.