Tottenham take on Leicester in their FA Cup replay this evening. Here’s a preview with team news, likely line-ups and predicted score for the game

A controversial late penalty from Harry Kane rescued a 2-2 draw for Spurs in the original tie 10 days ago so the two clubs will have to do it all again this evening with Colchester awaiting the victors in the next round.

Leicester got revenge with a 1-0 win at White Hart Lane in the Premier League last week so the two sides will certainly know each other well considering this will be the third time they face-off inside two weeks.

Spurs head into the game after a comfortable 4-1 victory over Sunderland on Saturday while second-placed Leicester were held to a 1-1 draw away to Aston Villa.

Tottenham boss Mauricio Pochettino is set to make wholesale changes to his team with several key first team players given a rest ahead of Saturday’s visit to Crystal Palace.

Hugo Lloris, Jan Vertonghen, Eric Dier, Mousa Dembele, Christian Eriksen and Harry Kane are all expected to be given the night off with Michel Vorm, Kevin Wimmer, Ben Davies, Nabil Bentaleb, Nacer Chadli and Heung-min Son among those recalled.

Youngster Josh Onomah should also get another run-out after an impressive display in the original tie while Dele Alli may keep his place in attack.

As for Leicester, they are also expected to make some changes with Ben Chilwell, Marcin Wasilewski, Ritchie De Laet, Andy King, Leonardo Ulloa and Damarai Gray set to start.

Midfielder Matty James could also make his long-awaited return to the first team after stepping-up his recovery from a knee injury with a run-out for the reserves. 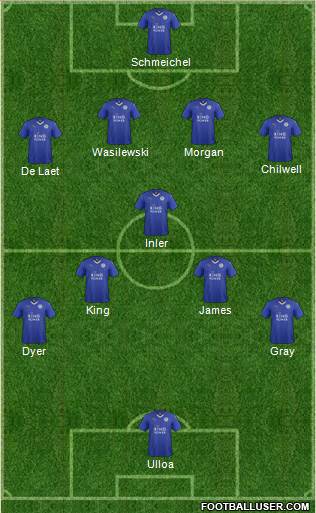 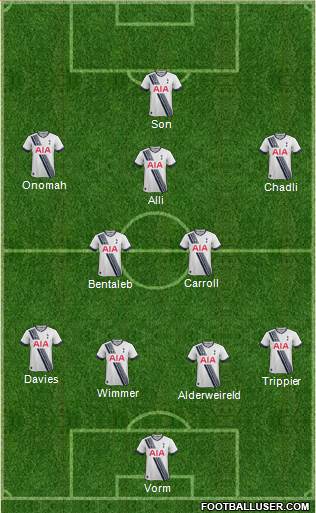 Leicester 1-2 Tottenham: Spurs were unfortunate to lose the league game between these two last week and have largely been in impressive form this season. With both sides set to field weakened line-ups, I think the North Londoners will prove to have more depth to their squad and will edge this one to book their place in the next round.

The bookmakers are struggling to separate these two but Football-Talk can get you enhanced odds of 8/1 on a Spurs victory – just click here to take advantage. My prediction of 2-1 is on offer at 17/2 and I also like the look of Heung-min Son opening the scoring at odds of 5/1. If you combined those two bets in a score-cast then we get very tempting odds of 28/1.