Manchester United will be looking to book their place in the semi-finals of the FA Cup when they take on West Ham at Upton Park in their quarter final replay tonight.

The two teams will have to do it all again after United salvaged a 1-1 draw at Old Trafford last month with Anthony Martial scoring a late equaliser to force a replay in the Capital.

Since then, United’s form has been inconsistent with a draw against Liverpool followed by impressive wins over Man City and Everton before Sunday’s hugely disappointing 3-0 defeat at Tottenham.

The loss at White Hart Lane has left United four points off fourth place in the Premier League so Louis van Gaal is under pressure to book their place at Wembley tonight in order to salvage something from another poor campaign.

It’s not going to be easy though as West Ham are enjoying an excellent season under Slaven Bilic with Saturday’s thrilling 3-3 draw with Arsenal leaving the Hammers just one point behind United in the table.

This will be the final FA Cup game at the Boleyn Ground before West Ham move to the Olympic Stadium next season so I’m sure the players will want to give the stadium and fans a proper send off.

United have been handed a major boost with Wayne Rooney set to return after overcoming a knee injury that’s kept him out for the last two months. The skipper came through 60 minutes for the under-21’s on Monday night and is now set for a place on the bench this evening.

Ander Herrera is pushing for a recall and Marcus Rashford could make way amid reports of a ‘bust up’ with van Gaal in the changing room after being substituted at half time against Spurs on Sunday.

Matteo Darmian could also make his return to the first team with Timothy Fosu-Mensah a major doubt after being forced off against Spurs while Maruoune Fellaini is expected to come in to help combat the aerial threat of Andy Carroll.

West Ham will be without Diafra Sakho after the striker suffered a knee injury in training while Alex Song is set to also miss out. Darren Randolph could come in to the side as Bilic has used his No.2 in all previous FA Cup games this season. 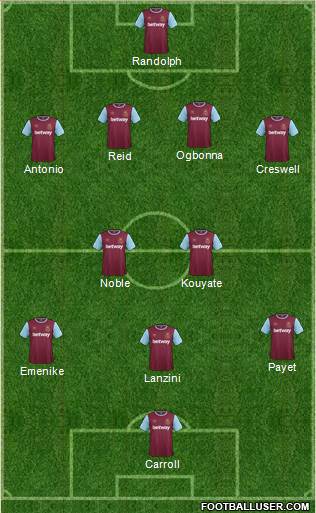 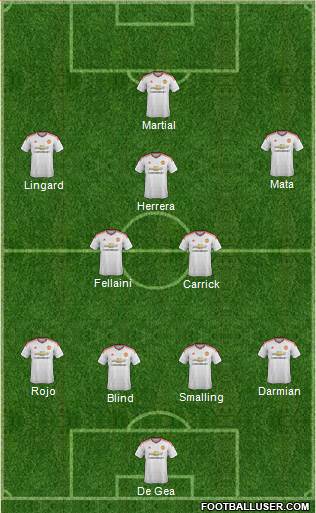 West Ham 2-1 Man Utd: United have an excellent recent record against West Ham having not lost in any of their previous 11 meetings. However, that could all change tonight as the Hammers are unbeaten in their last 11 matches in all competitions at Upton Park and I think they’re going to be well up for this game. United were woeful against Spurs on Sunday while West Ham gave Arsenal all sorts of problems, so I can see the home side edging this one.

West Ham are the narrow 13/8 favourites but Football-Talk can get you enhanced odds of 8/1 on a home win or 9/1 on a United win – just click here to take advantage of this limited time offer. My prediction of 2-1 is available at odds of 9/1 while I also like the look of Dimitri Payet to open the scoring at 7/1. If you combined those two bets in a score-cast then we get very tempting odds of 40/1.