Man Utd take on Reading in the 3rd round of the FA Cup tomorrow afternoon. Here is a preview with team news, line-ups, betting tips and predicted score.

Manchester United will be looking to book their place in the fourth round of the FA Cup when they take on Reading at Old Trafford on Saturday lunchtime.

United warmed up for the game with a hard fought 2-0 win at West Ham on Monday afternoon which saw them move to within two points of fifth placed Arsenal and extend their winning run to seven games in all competitions.

However, thoughts must now turn to FA Cup matters as the Red Devils get ready to welcome a familiar face back to Old Trafford with Jaap Stam bringing his Reading side to Manchester in the third round of the cup.

Stam won three Premier League titles and the Champions League during his three seasons playing for United between 1998 and 2001 and he’s fondly remembered as one of the best centre-backs ever to have played for the club.

The Dutchman is now in charge at the Madejski Stadium and has enjoyed a positive start to life after taking over in the summer with the Royals currently sitting third in the Championship table.

Jose Mourinho has confirmed he’ll rotate his squad with the Portuguese coach set to give several of his key men a rest with the likes of David De Gea, Antonio Valencia, Phil Jones, Michael Carrick, Paul Pogba and Zlatan Ibrahimovic among those expected to be left out.

Wayne Rooney will start the game after recovering from a thigh injury that’s kept him out for the last three games while Sergio Romero is also a confirmed starter between the sticks.

United have a fully-fit squad to choose from with the likes of Luke Shaw, Chris Smalling, Marouane Fellaini, Bastian Schweinsteiger, Anthony Martial and Juan Mata all pushing for recalls.

Marcus Rashford should also come back in to the side after making an excellent impact off the bench against West Ham last time out.

Reading will have to make do without winger Callum Harriott after he picked up a hamstring injury while Stephen Quinn, Anssi Jaakkola and Deniss Rakels are all out. 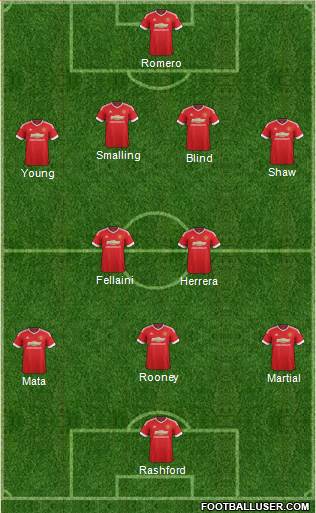 Man Utd 3-0 Reading: United are flying right now and while Stam will be desperate to prove himself as a manager with a positive result against his former club, I can’t see past a relatively comfortable home win tomorrow. I’m going for 2-0 United.

United are the 1/4 favourites to win the game but we can get you enhanced odds of 5/1 on the Reds winning – just click here or below to take advantage of these crazy odds. Here are some other bets I like the look of: