Liverpool take on Plymouth in their FA Cup replay tonight. Here is a preview with team news, line-up, betting tips and predicted score.

Liverpool will be looking to book their place in the next stage of the FA Cup when they take on Plymouth in their third round replay at Home Park this evening.

Jurgen Klopp’s side warmed up for the game with a 1-1 draw at Manchester United on Sunday to leave them sitting third in the Premier League table but it’s FA Cup matters that will be the focus tonight.

A weakened Reds team were held to a frustrating 0-0 draw in the original tie at Anfield earlier this month so they’ll have to do it all again in Devon this evening with Wolves awaiting the victors in the fourth round.

Plymouth are expected to bank over £1m from this money-spinning replay and boss Derek Adams will be desperate to pull off an upset by guiding the League Two outfit to a shock win over the seven-time FA Cup winners.

Klopp has confirmed he’ll play a ‘different’ side to the team that started at Anfield with a number of senior players making the trip to Devon for the game.

Philippe Coutinho could make his first start since November after making two successful substitute appearances in recent games having recovered from an ankle ligament injury.

Daniel Sturridge and Divock Origi have also been included in the squad along with Lucas Leiva after he was passed fit following a minor knee injury.

Nathaniel Clyne has been ruled out with a rib problem while Joel Matip hasn’t been included in the squad as Liverpool await FIFA’s ruling on their on-going dispute with the Cameroon FA.

Kevin Stewart, Ovie Ejaria, Joe Gomez and Trent Alexander-Arnold are all vying for starts while Ragnar Klavan and Alberto Moreno are expected to start at the back.

Klopp has already confirmed that Loris Karius will start in goal with Simon Mignolet dropping to the bench. 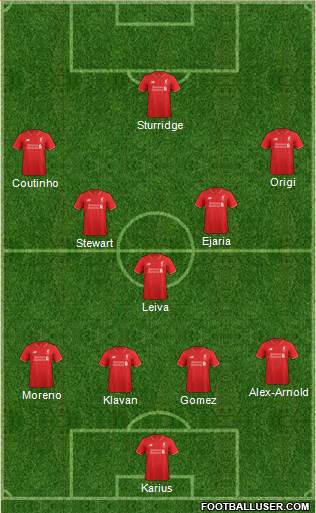 Plymouth 0-2 Liverpool: The Reds will have been disappointed not to win the first tie as a replay is probably the last thing they needed but they should be confident of progressing tonight. Plymouth defended for their lives at Anfield but you’d expect they’ll have to be a bit more adventurous in front of their own fans which should leave space for the Reds to exploit. I’m going for a 2-0 away win.

Liverpool are the 2/7 favourites to win the game but we can get you enhanced odds of 6/1 on a Reds win – just click here to take advantage of these incredible odds. Here are some other bets I like the look of: