Tottenham take on rivals Manchester City at the Etihad Stadium on Saturday evening. Here is a team news update and a predicted line-up for Spurs 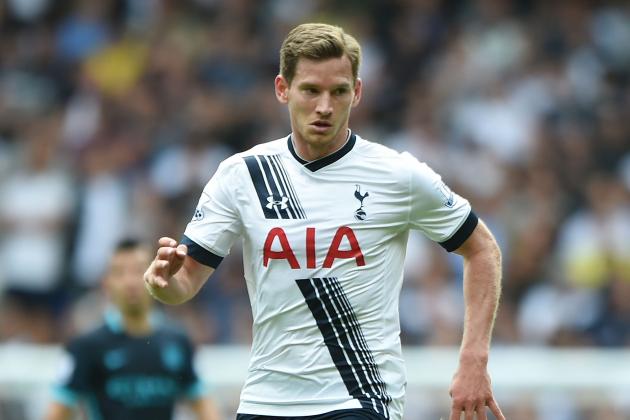 Tottenham will be looking to close the gap on Chelsea with a win when they take on rivals Manchester City at the Etihad Stadium on Saturday evening.

The Spurs boss was pleased to confirm some positive news on Jan Vertonghen after revealing that the centre-back’s injury isn’t as bad as first feared and he could now be back inside six weeks.

Vertonghen was initially expected to be on the sidelines for around 10 weeks after suffering ankle ligament damage during last weeks win over West Bromwich Albion but Pochettino says further scans have showed it’s not as serious as first thought.

However, there wasn’t such good news regarding the fitness of Erik Lamela as the attacker is still struggling to overcome a niggling hip injury that’s kept him on the sidelines for the last three months.

Lamela has spent two weeks in Rome where it was hoped he might make some progress at his former club but Pochettino says there has been no change and the Argentinean winger will now undergo another scan on Friday.

The Spurs boss is quoted as saying by Ham & High newspaper:

“We expect six weeks [for Vertonghen], less than our idea in the first moment. I don’t want to set the limit or time but I think it’s very positive, and when your mind is good and positive you can always recover early.

“In the first moment it looked really bad but this week when we assessed him with the doctor the scans showed it’s not how we thought at the beginning.”

“Jan is ok, he’s very positive. We’re pushing him a lot. After a few days he’s always spending the same time as us, 12 hours, at the training ground. It’s a little bit boring to see him!”

“Tomorrow he will do a scan [on Lamela], we have a scanner there. It’s still difficult to give the time that he can come back.

“We need to wait tomorrow and then we’ll see what happens because there are still some problems and it’s not sure, the diagnostics.

“We now start to be concerned about him because it’s nearly three months and we’re still in a situation that isn’t moving on.”

I don’t think we’ll see too many changes from the side that swept West Brom away at White Hart Lane last weekend with Hugo Lloris certain to keep his place between the sticks while Eric Dier and Toby Alderweireld should once again line-up at the back.

The big decision for Pochettino will be whether to switch to a 4-2-3-1 formation in light of Vertonghen’s injury but I think we’ll see the Argentinean stick with his trusty 3-4-2-1 with Kevin Wimmer coming in to the back three.

Kyle Walker and Danny Rose should continue in the wing-back positions with Victor Wanyama once again joined by Mousa Dembele in the middle of midfield.

Dele Alli will look to continue his fine recent form against City as he and Christian Eriksen support the in-form Harry Kane – who’ll be looking to build on his hat-trick last weekend. 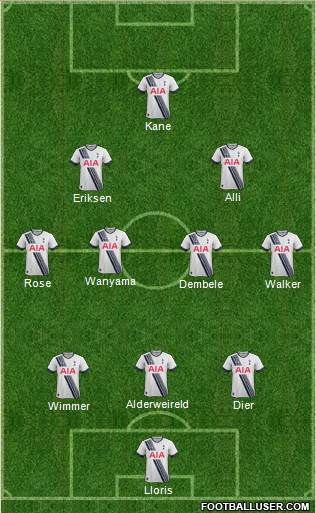 It’s promising to be a crucial game at the Etihad for both sides title hopes. However, it’s always difficult to predict results in the Premier League and that’s where Odinbet comes in….