Top 6: Analysis of summer business and prediction for 2017/18

Here we analyse each top team’s summer transfer business so far and predict where each team will finish.

Chelsea cruised to the title last season and only Tottenham came close to stopping them, but neither side is the favourite to lift the 2017/18 trophy. That honour goes to Man City, courtesy of their outrageous summer spending, which has seen them break the record for the highest ever spend in a single transfer window. Man Utd are also in the mix after splashing out £75 million on Romelu Lukaku, while Arsenal and Liverpool are also investing heavily in a bid to make up the gap on the top teams. It is set to be a ferociously competitive and fascinating title battle, with summer signings playing a crucial part in the race. Here we analyse each top team’s summer transfer business so far and predict where each team will finish.

The odds on Pep Guardiola’s team have been shortening all summer and they are now as low as 9/5 to win the title next season. They have an embarrassment of attacking riches, having added Monaco’s silky winger Bernardo Silva to a frightening ensemble that already includes Sergio Aguero, Gabriel Jesus, Sadio Mane, Raheem Sterling, Kevin De Bruyne, David Silva and Yaya Toure. However, the real work needed to be done at the back. Guardiola, reeling after his debut season in England turned into his first ever trophyless season as a manager, has set about overhauling his backline. Claudio Bravo was a disaster last season so Guardiola broke the world record for a goalkeeper to sign Ederson from Benfica, and he splash out more than £120 million on three full-backs. However, the biggest weakness – central defence – has still not been addressed. Guardiola has promised to try to sign a centre-back, but until he does it is hard to justify City’s status as title favourites. Vincent Kompany’s injury record is dreadful, John Stones has struggled and Nicolas Otamendi does not look solid, while the jury is still out on 23-year-old Ederson, an uncapped Brazilian. Unless they strengthen further defensively they could just miss out and finish second.

Man City may have broken the transfer record, but they will not keep that record long if Roman Abramovich and Antonio Conte have their way. They have already bolstered their title winning squad by investing north of £100 million on Alvaro Morata and Timoue Bakayoko and are tipped to take their summer spending to £250 million by targeting another quarter of stars. They were hands down the best team in the land last season and boast the likes of Eden Hazard, N’Golo Kante and Thibaut Courtois, and they will be even better this time around. At 7/2 they look an amazing bet to win it. Only two managers have won back-to-back titles, Sir Alex Ferguson and Jose Mourinho, but Conte can join that elite club as he is a superb coach. Betonline will offer a good market perspective for the upcoming season, review them first, find one with competitive odds and you could make a huge profit by backing Chelsea to win it at 7/2.

Mourinho’s men are third favourites at 4/1, which seems strange as they have hardly set the world alight this transfer window. Lukaku guarantees goals in the top flight, but Utd lost Zlatan Ibrahimovic to a long-term injury and released Wayne Rooney, so it is hard to argue their firepower has improved. Lukaku’s muscularity up front will be a strength, but Ibrahimovic was such a deadly finisher and he will be missed. Apart from that, Nemanja Matic has strengthen the defensive midfield area and Victor Lindelof has arrived to bolster the defence, but Utd were already strong defensively and really needed creative players to turn draws into wins. Until they improve in this area, it is hard to see them breaking into the top four and they could well end up fifth, and they have a better chance of winning the FA Cup and EFL Cup as they are a great cup side that rarely lose.

It is even stranger to see Spurs all the way out at 10/1 when they finished third in 2015/16 and second last season. Their odds reflect a lack of investment as they have not signed anyone and sold right-back Kyle Walker to Man City for £50 million. But this is a young and constantly improving side boasting the league’s meanest defence, its strongest central midfield and its deadliest striker. They will have to adjust to playing at Wembley but they should finish at least third, without any investment, and they look a fantastic each-way bet. 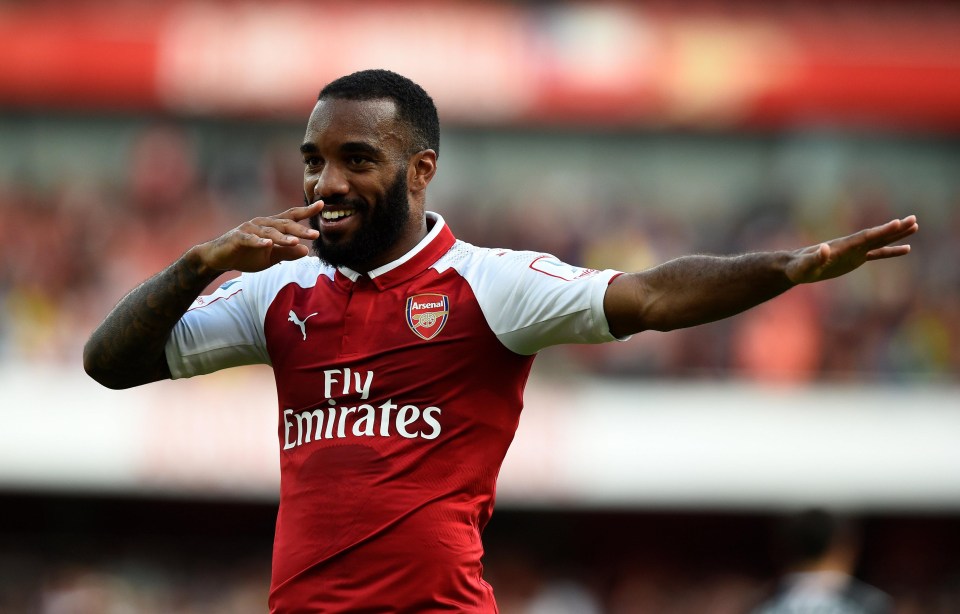 The Gunners laid out £52 million to sign Alexandre Lacazette from Lyon and also signed left-back Sead Kolasinac. Those two will walk straight into the first team and help the Gunners kick on. They missed out on the top four by a single point last season but they should reclaim their rightful fourth place this time around as they will not be distracted by the Champions League while their rivals will. At evens, they look a good bet to do so. They are 12/1 to win the title, which seems a step too far for them, but if they keep hold of Alexis Sanchez, sign Thomas Lemar and play them in conjunction with Lacazette and Mesut Ozil, they could be an attacking force to be reckoned with. Their defence was much tighter towards the end of the campaign and they could well challenge if they are on song.

Liverpool have drifted out to 14/1 sixth favourites this summer after missing out so far on top targets like Naby Keita and Virgil Van Dijk. Mohamed Salah is a strong signing as the Reds struggled whenever Sadio Mane was missing last season and the Egyptian will provide similar pace and industry from wide areas. But the defence is poor and without investment the best they can hope for seems to be sixth, while Everton would give them a good battle for that as Liverpool’s small squad will be stretched by playing in the Champions League. If they lose Philippe Coutinho to Barcelona they will be in real trouble, but with him in the side they could also defy the odds and launch a title challenge if they improve their consistency and defensive discipline.