Liverpool will look to secure their first win of the new Premier League campaign when they welcome Crystal Palace to Anfield on Saturday afternoon.

The Reds conceded a late equaliser to draw 3-3 at Watford on the opening weekend of the season so Jurgen Klopp will be desperate to pick up all three points tomorrow.

Liverpool did secure their first competitive win of the new campaign with a vital 2-1 victory over Hoffenheim in the first leg of their Champions League play-off in midweek but Klopp will be hoping the trip to Germany hasn’t taken too much out of his players.

Palace on the other hand slumped to a hugely disappointing 3-0 defeat at home to newly-promoted Huddersfield last Saturday so Frank de Boer will be hoping for a far more solid display at Anfield.

Liverpool will continue to be without Philippe Coutinho as the playmaker is still suffering the effects of a back injury amid on-going speculation surrounding a possible move to Barcelona.

However, Daniel Sturridge is back in contention after recovering from a thigh injury that he picked up in pre-season but the England international is likely to be named on the bench with Roberto Firmino keeping his place up front.

Nathaniel Clyne is still out with a hamstring injury so Trent Alexander-Arnold will continue at right-back while James Milner could get a recall at left-back in place of Alberto Moreno.

As for Palace, they’ll be without Wilfred Zaha as he suffered a knee injury against Huddersfield but Christian Benteke will lead the line against his former club. 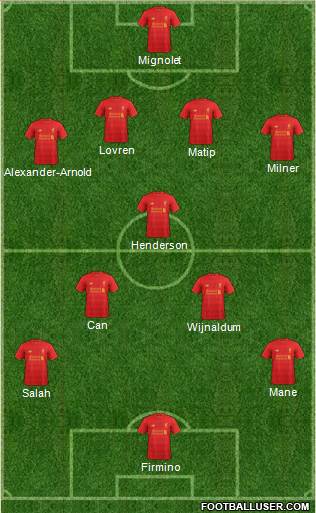 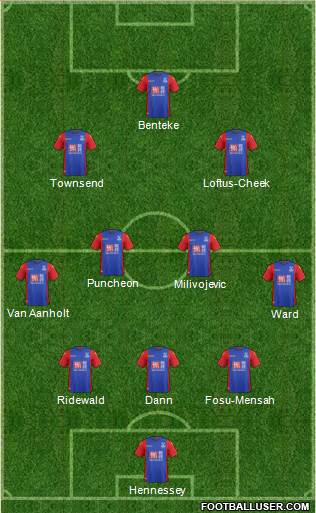 Liverpool 2-0 Crystal Palace: The visitors have a surprisingly impressive recent record at Anfield having won in each of their last three visits but I can’t see that run continuing this weekend. Palace were woeful against Huddersfield and look like they’re going to take some time to get used to de Boer’s system so I think they might struggle tomorrow. Liverpool’s leaky defence was a problem against Watford so I’m sure Klopp will be looking to tighten things up this time around. I’m going for a routine 2-0 home win.

Liverpool are the 1/3 favourites with the bookmakers but we can get new customers enhanced odds of 20/1 on the Reds – just click here to take advantage of these crazy odds [winning paid in free bets, max stake £1, T&C’s apply]