Manchester United are plotting a shock move to sign Liverpool midfielder Emre Can and will battle Juventus for his signature next summer.

The transfer window may be closed but clubs are still working hard ahead of January and next summer so we’ll bring you all the latest gossip from around the globe. Today, Man Utd are linked with Emre Can… 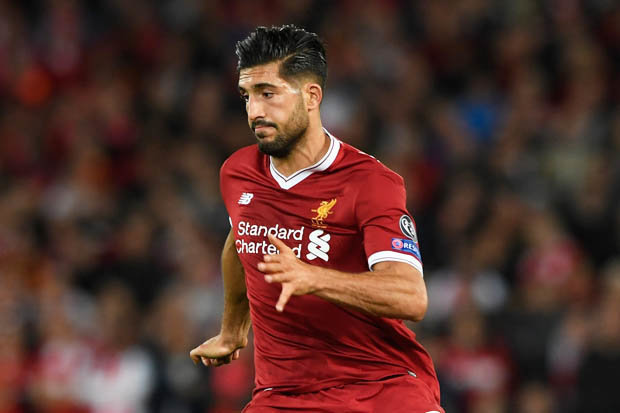 Manchester United are plotting a shock move to sign Liverpool midfielder Emre Can and will battle Juventus for his signature next summer, according to a report in the Mirror.

Can has developed in to a top class midfielder since joining Liverpool from Bayer Leverkusen in 2014 and has racked up 138 appearances for the Merseysiders over the past three years.

The 23-year-old is now considered an important part of Jurgen Klopp’s starting eleven while he’s also a regular with the German national team having earned 18 caps for the World Champions so far.

However, Can’s long-term future at Anfield is in serious doubt as his contract is set to expire at the end of this season and he’s struggling to agree terms over an extension despite lengthy talks with the club.

Juventus have been strongly linked with a move for the midfielder in recent months but it seems the Italians giants will now face stiff competition from one of Liverpool’s closest rivals.

The Mirror are citing a report from Corrirere dello Sport that claims Man Utd have now joined the chase to sign Can with Jose Mourinho believed to be a huge admirer of the player.

United are in the market for another central midfielder as they need to find a long-term replacement for Michael Carrick and is seems Mourinho is now plotting an audacious move for Can next summer.

Obviously Liverpool wouldn’t do business with United but there is little they could do to prevent Can from heading to Old Trafford on a free transfer if he runs down his current contract.

If they aren’t able to tie the German star down to a new deal over the coming months, then no doubt Klopp would prefer to see Can join the likes of Juventus rather than their bitter rivals, United.