The January transfer window in now closed so it’s time to look at those deals that didn’t get over the line and those being lined-up for the summer. Today, Man Utd are linked with a stunning swoop for Neymar… 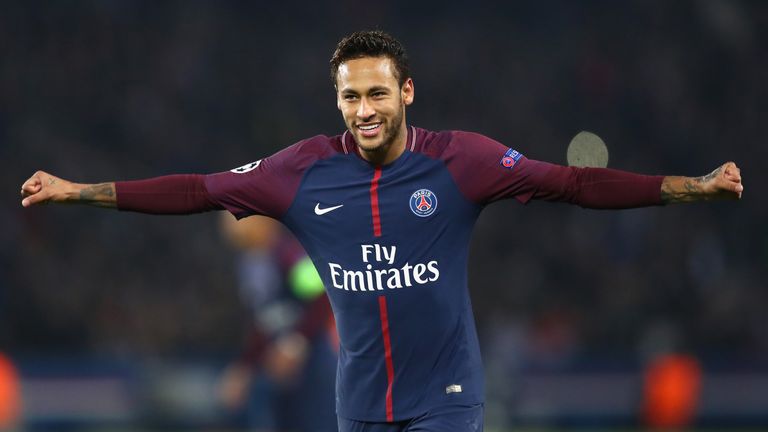 Manchester United are ready to smash the world transfer record by launching a stunning £280m swoop to sign Paris Saint-Germain superstar Neymar this summer, according to reports in Spain via TeamTalk.

Neymar made his name during a successful four year spell at Barcelona but decided to step out of Lionel Messi’s shadow by joining PSG in a record £200m deal last summer.

The Brazilian international has been a huge hit in France as he’s provided 26 goals and 16 assists in just 25 appearances so far to help PSG storm towards the Ligue 1 title while they are also safely through to the knockout stages of the Champions League.

However, Neymar is already being tipped to leave the Parc Des Princes amid speculation he’s unsettled in Paris while a number of on-field run-ins with Edinson Cavani have only heightened rumours the forward could quit.

Real Madrid have been touted as the most likely destination but it looks like the La Liga giants have some competition as TeamTalk are citing a report from Don Balon that claims Man Utd are lining-up a swoop of their own.

The Spanish outlet says United are ready to renew their interest in Neymar after missing out on him several times in the past and will test PSG’s resolve with a whopping £280m offer this summer.

That would provide PSG with an £80m profit if they decided to cash-in while the report says United are ready to tempt the 25-year-old with a lucrative contract that would be worth at least £500,000-a-week.

United are one of the few clubs who could afford to pull-off such a mega deal but it remains to be seen whether PSG would welcome such an offer or if Neymar is ready to test himself here in the Premier League.

We’ll have to wait and see how things develop over the coming months but it would obviously be a sensational coup if United could somehow manage to lure the Samba superstar to England.