Manchester City beat Arsenal 3-0 for the second time in five days as they took another step closer to winning the Premier League title. 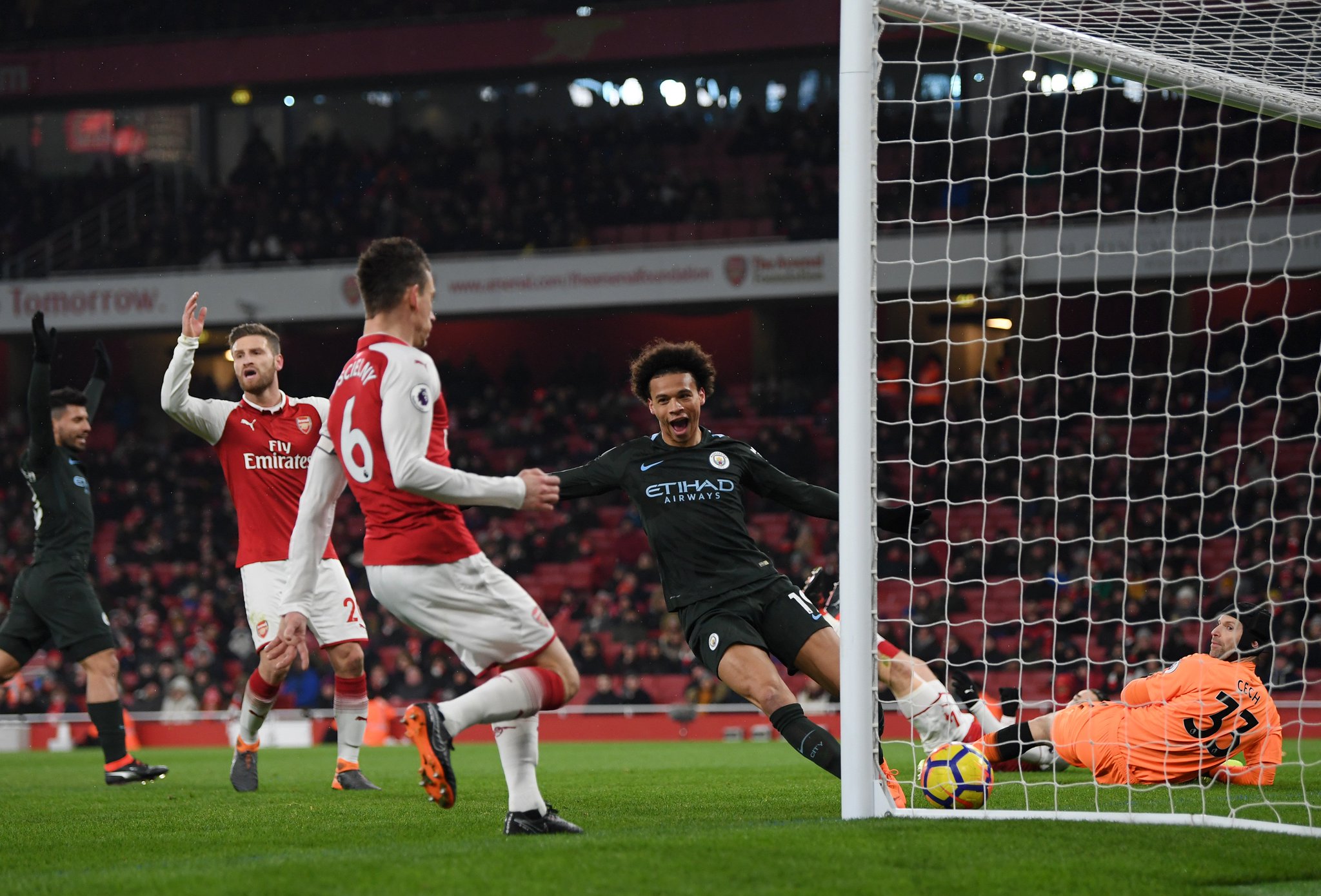 Manchester City beat Arsenal 3-0 for the second time in five days as they took another step closer to winning the Premier League title.

Arsenal started brightly but it was City who broke the deadlock as Leroy Sane dribbled his way out of trouble on the touchline before finding Bernado Silva who curled home a wonderful effort in the 14th minute.

The second City goal was a thing of beauty as a wonderful move involving Sane and Sergio Aguero led to David Silva breaking through the Arsenal defence to make it 2-0.

The goals kept coming as City made it 3-0 with another lovely team goal with Kyle Walker finding Sane to put Pep Guardiola’s side firmly in control before half time.

Arsenal were given a chance to get a foothold in the game shortly after the break when Henrikh Mkhitaryan was fouled in the area, however, Pierre-Emerick Aubameyang saw the resulting spot kicked saved.

There were no further goals during the second half so City sealed another 3-0 win which moves them 16 points clear at the top of the table while Arsenal remain sixth and 10 points adrift of fourth-placed Tottenham.