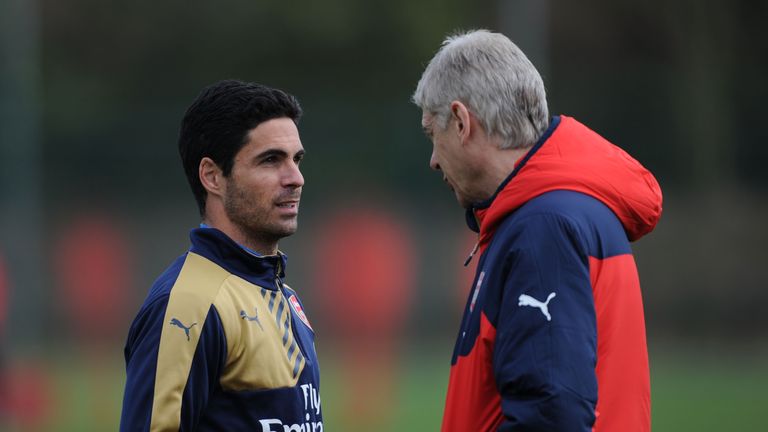 Mikel Arteta has agreed in principal to become the next Arsenal manager with the club set to announce him as Arsene Wenger’s replacement over the coming days, according to Goal.

The club have been searching for a new manager ever since Wenger announced he was leaving four weeks ago and a number of high-profile names have been linked with the position.

However, Arteta has emerged as the odds-on favourite ahead of Max Allegri and Patrick Vieira in recent days and it looks like the former midfielder is on the verge of moving back to the Emirates.

Goal claim that Arteta has now reached an agreement in principal with Arsenal to replace Wenger and a formal announcement is expected over the coming days.

The publication says no contract has been signed as yet but Arteta played an influential role in the recent backroom staff cull that saw a number of long-serving staff members sacked.

Head of Medical Services, Colin Lewin, was one of the surprise names to be given the chop last week and Goal claims Arteta recommended the decision to Ivan Gazidis as he felt Lewin rushed him back from an injury while he was at the club.

The 36-year-old is expected to bring his own backroom staff with him when he’s officially unveiled as the new Arsenal manager with Santi Cazorla tipped to be given a player/coaching position.

Arteta has impressed as Pep Guardiola’s assistant at Manchester City over the past two years since leaving Arsenal as a player following his retirement in 2016.

The Spaniard is now set to rejoin the club as a Head Coach and work alongside Head of Football Relations Raul Sanllehi and Head of Recruitment Sven Mislintat in our new European style management structure.