Chelsea are ready to sign Arsenal target Kostas Manolas this summer by meeting a £33.4m release clause in his AS Roma contract, according to reports

The summer transfer window is open and managers are working hard on their transfer targets so we’ll bring you all the latest gossip from around the globe. Today, Chelsea are linked with Kostas Manolas… 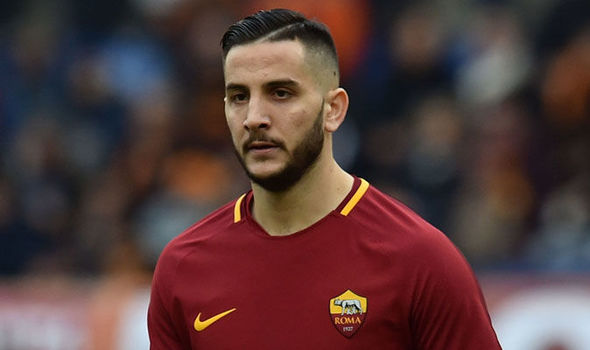 Chelsea are ready to sign Arsenal target Kostas Manolas this summer by meeting a £33.4m release clause in his AS Roma contract, according to reports in Italy via TeamTalk.

Manloas has developed in to one of the best centre-backs in European football since joining Roma from Olympiacos in 2014 and he played a key role in helping the Italians reach the semi-finals of the Champions League last season where they lost out to Liverpool.

The Greek international has been linked with a move to the Premier League in the past with TeamTalk claiming that Arsenal are long-term admirers of the player and the north Londoners are being tipped to renew their interest as new boss Unai Emery looks to rebuild a back four that conceded 51 Premier League goals last season.

Per Mertesacker has retired, Laurent Koscielny is facing a lengthy spell on the sidelines following Achilles surgery and Calum Chambers is being linked with a move this summer so Emery could be in the market for two new centre-backs.

Sokratis Papastathopoulos is reportedly set to arrive from Borussia Dortmund but Arsenal could try and partner him with his international team-mate if they step-up their pursuit of Manolas over the coming weeks.

However, it looks like the Gunners will face stiff competition as TeamTalk are citing a report from SportItalia that claims Chelsea are also showing a serious interest in signing Manolas as they prepare to appoint Maurizio Sarri as their new manager.

The Italian outlet says Sarri – who’s widely expected to replace Antonio Conte this summer – is already working on transfer targets and is desperate to make Manolas his first major signing at Stamford Bridge.

Chelsea have also been linked with the 26-year-old several times in the past but the report says they are finally hoping to get their hands on him and are prepared to meet his £33.4m [€38m] release clause.

Manolas is weighing-up his options but he may speak with former Roma team mate Antonio Rudiger before agreeing to move to west London following his switch to Chelsea last summer.

We’ll have to wait and see how things develop but Manolas would be an excellent signing for the Blues if they manage to get a deal agreed to lure him to the Premier League over the coming weeks.