Arsenal can move level on points with fourth-placed Chelsea with victory over Huddersfield Town at the John Smith’s Stadium tomorrow afternoon.

Arsenal can move level on points with fourth-placed Chelsea with victory over Huddersfield Town at the John Smith’s Stadium tomorrow afternoon.

Unai Emery’s men crashed to a 3-1 defeat at defending champions Manchester City last Sunday and it highlighted just how far away the north Londoners are from competing for the title.

However, the Gunners are still right in the mix for Champions League qualification as they sit just three points off Chelsea in sixth position in the table. A win tomorrow would move Arsenal level on points with the Blues ahead of their trip to Man City on Sunday.

Arsenal will be confident of taking home the win as they take on a Huddersfield side that sit bottom of the Premier League table on just 11 points after 25 games so they looked destined to be heading back to the Championship.

Arsenal duo Laurent Koscielny and Pierre-Emerick Aubameyang are expected to pass late fitness tests despite missing training this week due to illness while Shkodran Mustafi is also expected to be fit after shaking off a minor knock.

Ainsley Maitland-Niles is back in full training after recovering from a knee injury but Sokratis is still out with an ankle problem that’s hampered him since the Man Utd game last month.

Henrikh Mkhitaryan is expected to return to the squad after recovering from a fractured foot but Granit Xhaka is still out with a groin injury so joins Hector Bellerin, Rob Holding and Danny Welbeck on the sidelines.

Huddersfield will be without Isaac Mbenza as he’s out for six weeks and Chris Lowe has been struck down with illness. Danny Williams and Abelhamid Sabiri are certain to miss the game but Jonathan Hogg and Erik Durm are back in contention while Karlan Grant is set to make his debut. 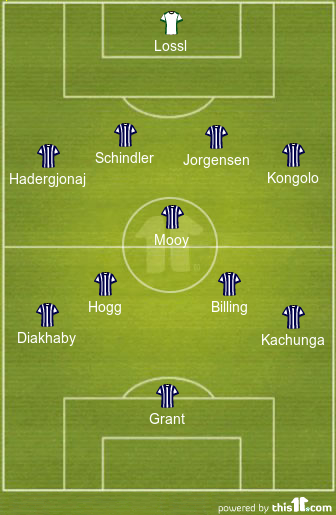 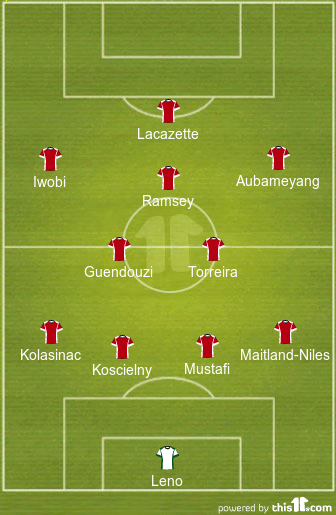 The Gunners have been poor on the road this season but they are still the 8/13 favourites to win this game with Huddersfield 5/1 long shots on home soil. The draw is available at 10/3 but if you do bet on this match make sure to use a bonus code at any bookmaker you sign up to as there are always plenty of welcome offers available.

We are backing Arsenal to win this game 2-0 which is available at odds of 13/2. Pierre-Emerick Auabmeyang as an anytime goal-scorer at odds of even-money looks a good bet but if we add the Gabon international as first scorer in a 2-0 Arsenal win then we get tempting odds of 20/1.