Managers are working hard trying to strengthen their squads during the summer transfer window so we’ll bring you all the latest news and gossip from around the globe. Today, Man Utd are close to signing Daniel James… 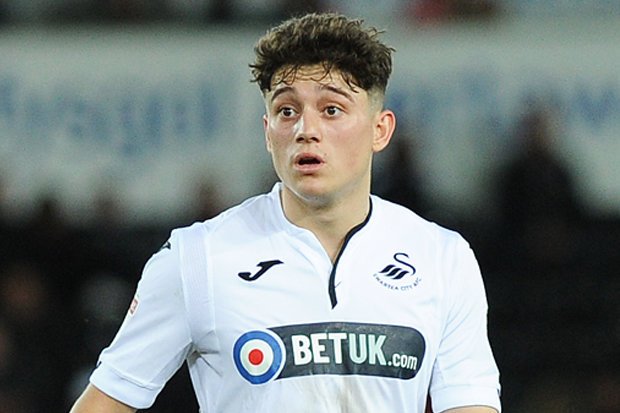 Manchester United are on the verge of agreeing a deal to sign Daniel James as Ole Gunner Solskjaer closes in on the £20m-rated Swansea City winger, according to the Evening Standard.

Solskjaer is set to overhaul his squad this summer after United missed out on Champions League qualification with a sixth placed finish in the Premier League this season and the Norwegian coach is looking to sign young British talents who can develop over the coming years.

James emerged as a target last month with Sky Sports News reporting that the pacey winger had agreed personal terms over a move to Old Trafford but United were still locked in negotiations with Swansea trying to agree a fee.

The Evening Standard says the Swans have been demanding £20m for the 21-year-old while United had hoped to snap him up for much less as he’s about to enter the final year of his contract and has failed to agree terms over an extension.

However, the newspaper claims Man Utd are on the verge of finding a breakthrough in negotiations and a compromise deal is close to being agreed with Swansea so James looks set to become Solskjaer’s first major signing of the summer transfer window.

Man Utd were initially in no rush to push through the transfer as they wanted to give James plenty of time to deal with the death of his father last month, however, the Evening Standard suggests they’ve been forced to step-up talks after Monaco expressed their interest in luring the winger to France.

However,  the paper says James has his heart set on a move to Old Trafford this summer so it looks like Man Utd are about to sign one of the most exciting young talents in British football.

James joined the Swansea youth system in 2014 and he’s made 33 appearances since breaking into the first team while he’s also made an impact at international level having been capped by Wales at senior level.

The youngster is known for his blistering pace and can play on either wing so his versatility will be viewed as a very useful asset at Old Trafford and his arrival would cast further doubt over the future of Alexis Sanchez.

James is expected to be one of several new arrivals at United this summer with the Evening Standard suggesting executive vice-chairman Ed Woodward has handed Solskjaer a transfer kitty of at least £200m so it’s going to be a busy few months at Old Trafford.