Managers are working hard trying to strengthen their squads during the summer transfer window so we’ll bring you all the latest news and gossip from around the globe. Today, Man Utd are linked with Declan Rice…. 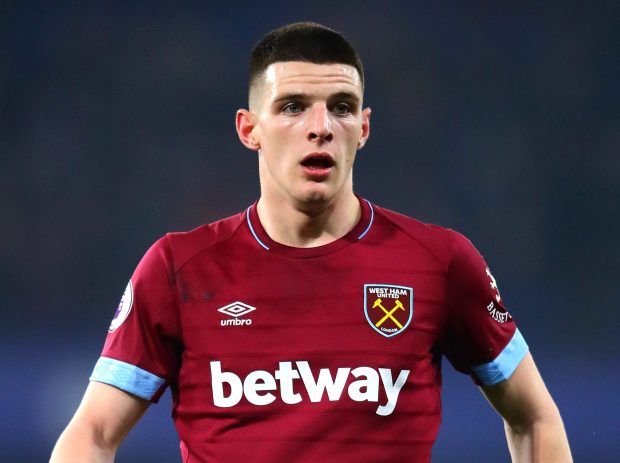 Manchester United have opened talks with West Ham over the signing of Declan Rice but will have to pay a whopping £80m to lure the midfielder away from the Londoners this summer, according to The Sun.

Ole Gunnar Solskjaer is expected to be busy in the market over the coming weeks as he looks to revamp his squad after they finished sixth last season and the United boss wants his transfer business done and dusted before pre-season starts in early July.

The Manchester giants have already snapped-up young winger Daniel James from Swansea while they’re reportedly looking to overhaul their back four with Harry Maguire and Aaron Wan-Bissaka strongly linked in recent days.

However, Solskjaer is also in the market for a midfielder as Paul Pogba has gone public with his desire to seek a new challenge this summer while Ander Herrera will leave the club when his contract expires this month.

It appears Solskjaer has identified a potential replacement for the Spaniard as The Sun claims Man Utd have opened talks with West Ham about a potential deal to sign highly-rated midfielder Declan Rice.

The newspaper suggests United would be willing to pay around £50m to sign the 20-year-old but West Ham are determined to hold on to him and are demanding a staggering £80m for Rice’s signature this summer.

Not only will Man Utd have to pay a mammoth fee for the England international, but The Sun claims they’d also face competition from rivals Manchester City if West Ham decide to cash-in.

It’s going to be interesting to see how things develop over the coming weeks but Rice would be a superb signing for Man Utd or indeed Man City if either of the Premier League heavy-weights were able to get a deal agreed.

Rice came through the youth ranks at Chelsea before joining West Ham in 2017 and he’s developed into one of the best holding midfielders in the league since being converted from centre-back – where he played during his youth days.

The youngster was excellent for Manuel Pellegrini’s side last season and is tipped to become a regular in Gareth Southgate’s England squad so it’s easy to understand why the likes of United and City are ready to do-battle over his signature this summer.