Liverpool will be looking to get their first points on the board in the Champions League this season when they take on Salzburg at Anfield tonight.

The European champions got their group stage campaign off to a disappointing start after losing away to Napoli two weeks ago so boss Jurgen Klopp will be keen to get back on track with a win this evening.

The Reds may have struggled in Europe so far but domestically they have been faultless as Liverpool sit five points clear at the top of the Premier League table having won all seven of their games so far.

However, they were fortunate to come away with all three points from Bramall Lane on Saturday with a goalkeeping error gifting them a 1-0 win over Sheffield United so the Merseysiders will have to up their game if they want to see-off a dangerous Salzburg side tonight.

The Austrian champions thrashed Genk 6-2 in their Champions League Group E opener so they’ll be looking to cause a shock against Liverpool by taking home a positive result from Anfield.

Liverpool will be without Joel Matip as he sustained an injury at Sheffield United on Saturday so Joe Gomez should come into the back four while Xherdan Shaqiri is also still out with a calf injury.

Alisson Becker is on the verge of making his comeback from a calf injury that’s kept him out since the opening weekend of the season but tonight’s game will come too soon so Adrian will continue in goal.

James Milner and Naby Keita are pushing for recalls and Klopp might be tempted to freshen things up ahead of Sunday’s Premier League clash with Leicester City.

Salzburg will make a late decision on star man Erling Haaland as he’s a doubt due to illness but the striker is expected to start even if he’s not feeling 100%. 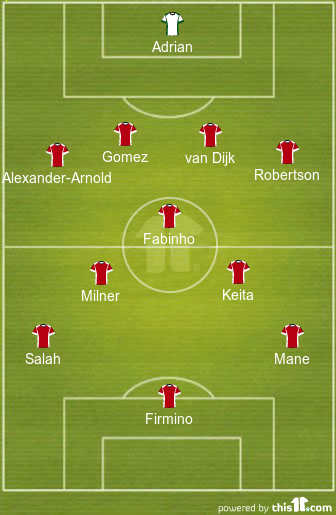 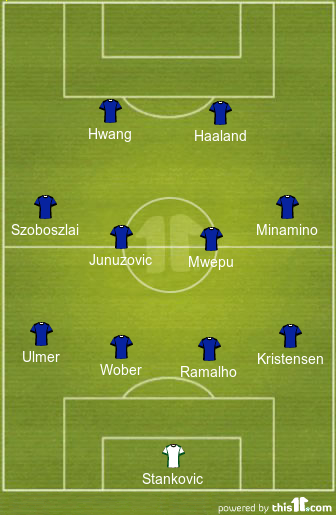 Liverpool 3-1 Salzburg: The visitors are a threat going forward and Liverpool will have to pay close attention to Haaland as he is a huge prospect. However, the Reds haven’t lost at Anfield in Europe since 2014 and I don’t see that run being under threat tonight. Salzburg are an attacking team and that will leave plenty of space for Liverpool to exploit.

Anfield is a special place on European nights and Liverpool should have way too much firepower for the visitors to handle with Mohamed Salah, Roberto Firmino and former Salzburg attacker Sadio Mane all huge threats. I’m backing Liverpool to come out 3-1 winners tonight.